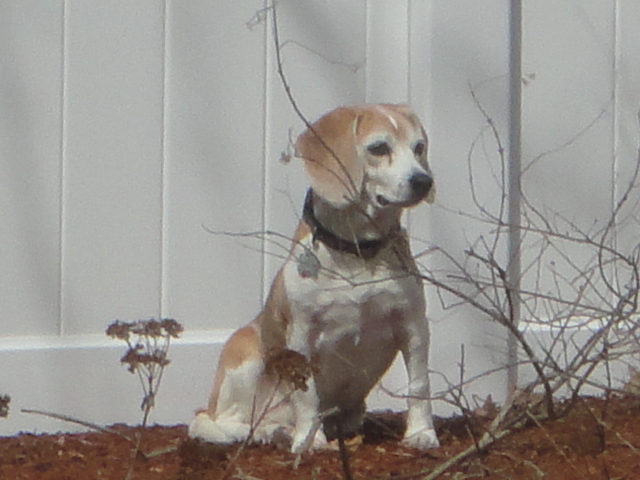 We adopted Daisy in February of 2009 and she was about 4 years old at the time. Like many beagles, she had run away from home probably on some scent and was lost and the shelter who found her was unable to find her family. When she came into our home, Buddy was still with us but nearly 15 years old. As a new pup in the house, she was having none of Buddy being the boss. (He never really was the boss being the timid little boy he was but, we treated him like it.) So Daisy would harass the old boy by chasing him out of his favorite spots, no matter how comfy he was. A sweet one she was, except to Buddy. Now that she is the only dog in the house, life couldn’t be better for her as all of Buddy’s old spots are officially hers. She is the sweetest little beagle with the biggest personality and just so much fun. 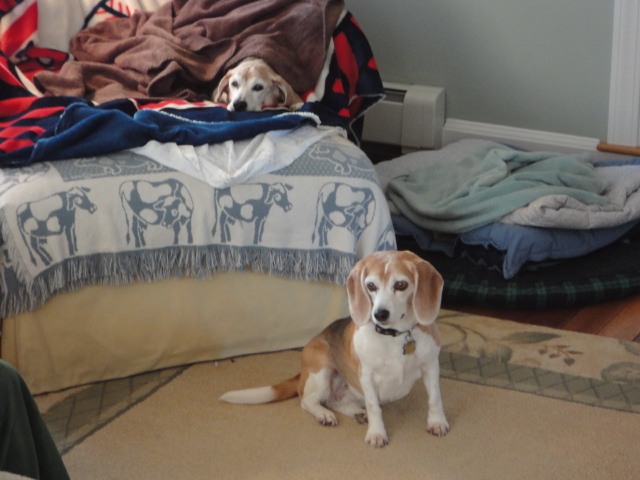 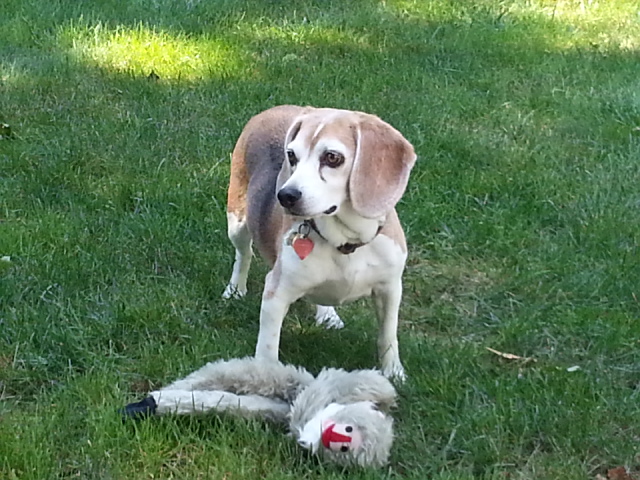 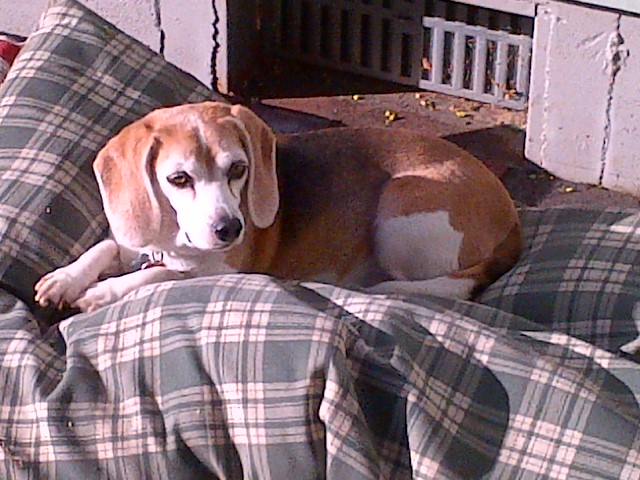