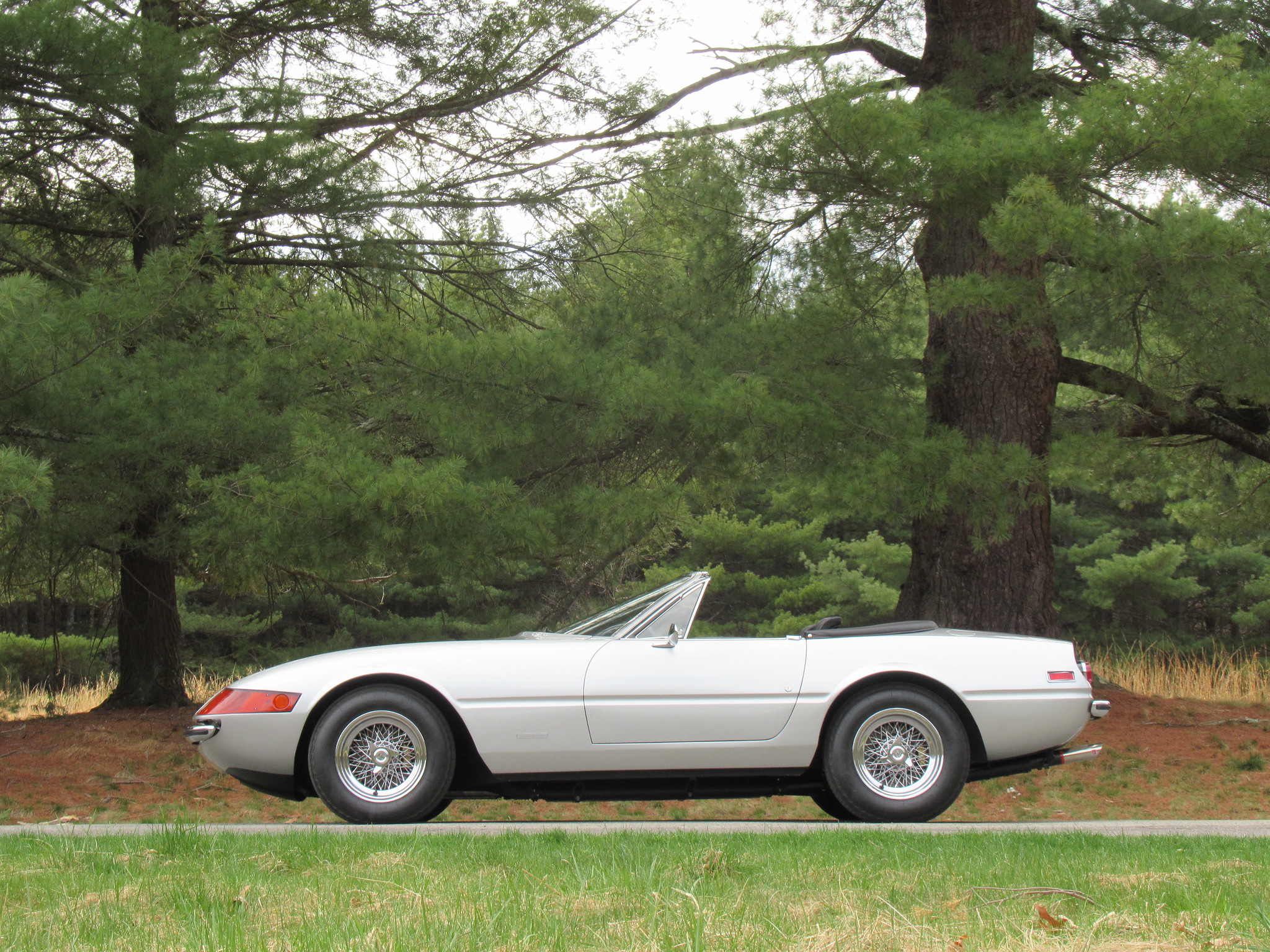 – matching numbers original engine
– the 31st of just 121 Daytona Spyders
– delivered new thru Luigi Chinetti Motors
– documented by historian Marcel Massini
– factory original color of Argento Metallizzato
As an homage to the Scuderia’s 1-2-3 sweep at the 1967 24 Hours of Daytona, the newly announced 365 GTB/4 would be nicknamed, Daytona, which would carry through to the eventual GTS/4 spyder.  Fitted with a Colombo 4.4 litre V12 front engine with 6 Weber carburetors and mated to a 5 speed gated transmission, just 121 examples would be produced by the Factory.  As has been the Ferrari custom, the now iconic coachwork was penned by Pininfarina and built by Scaglietti.  Our Argento Metallizzato example, Serial Number 14779, was sold new to the USA Ferrari importer, Luigi Chinetti Motors, then of New York City, and then onward to Carl A. Haas Automobile Imports, who still today is an important name in motor racing.  Hollywood movie director, Sidney Pollack, would own the Daytona Spyder in the 1970s and then the Spyder would go on to be owned and concours shown throughout the decades by several noted USA collectors, all the while accumulating so few original miles and being lavished with regular sorting and restorative work.  Outfitted from new with air conditioning and power windows, Borrani wire wheels with knock-off hubs, the Spyder of course wears its signature Daytona seats and pop-up headlights.  A proper period Becker Mexico is installed as well as being accompanied by a tool roll, owner’s manuals and leather wallet.  Daytona Spyder 14779 is fully documented by noted Swiss Ferrari historian, Marcel Massini, and today presents in exceptional condition throughout. 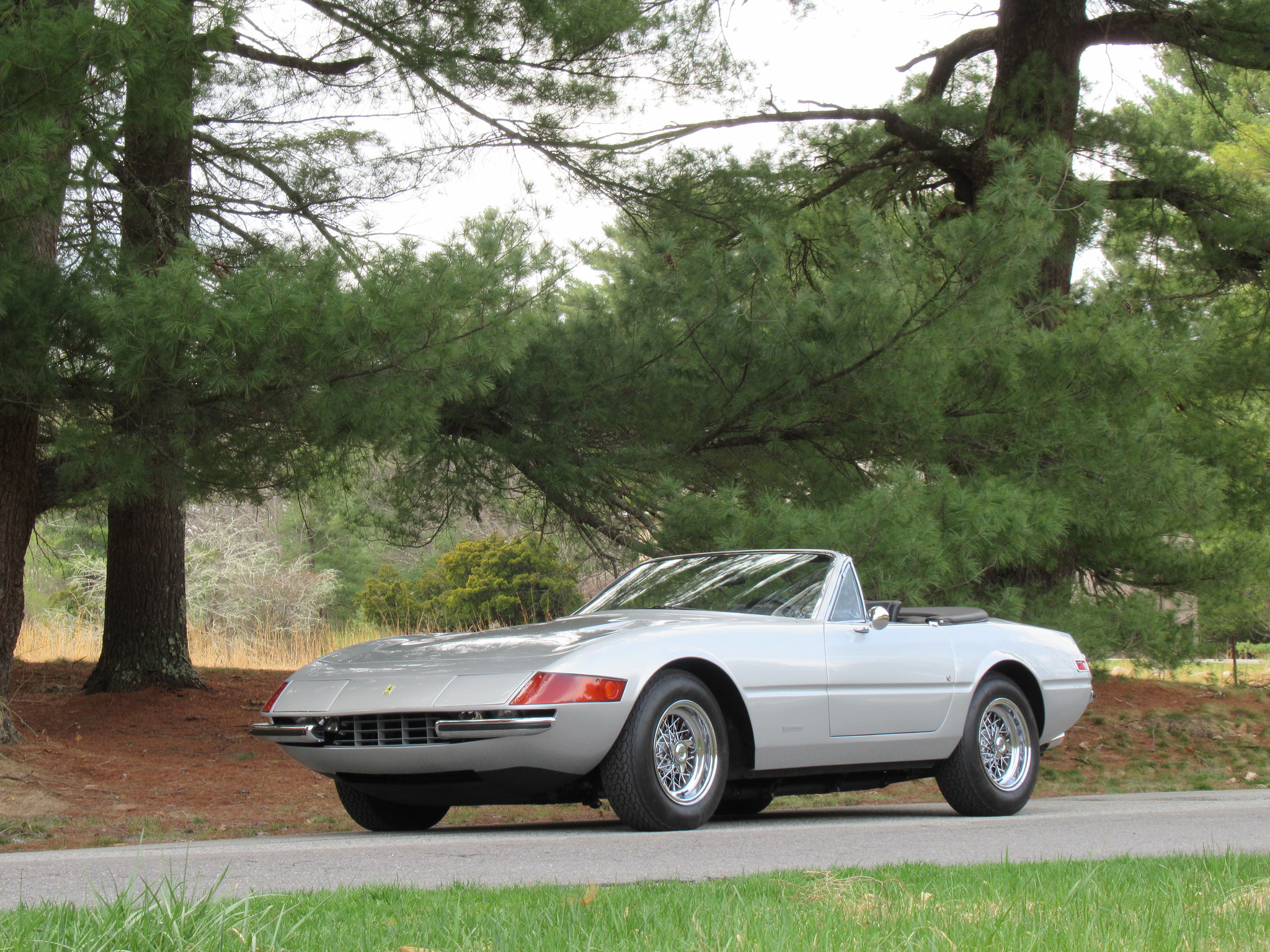 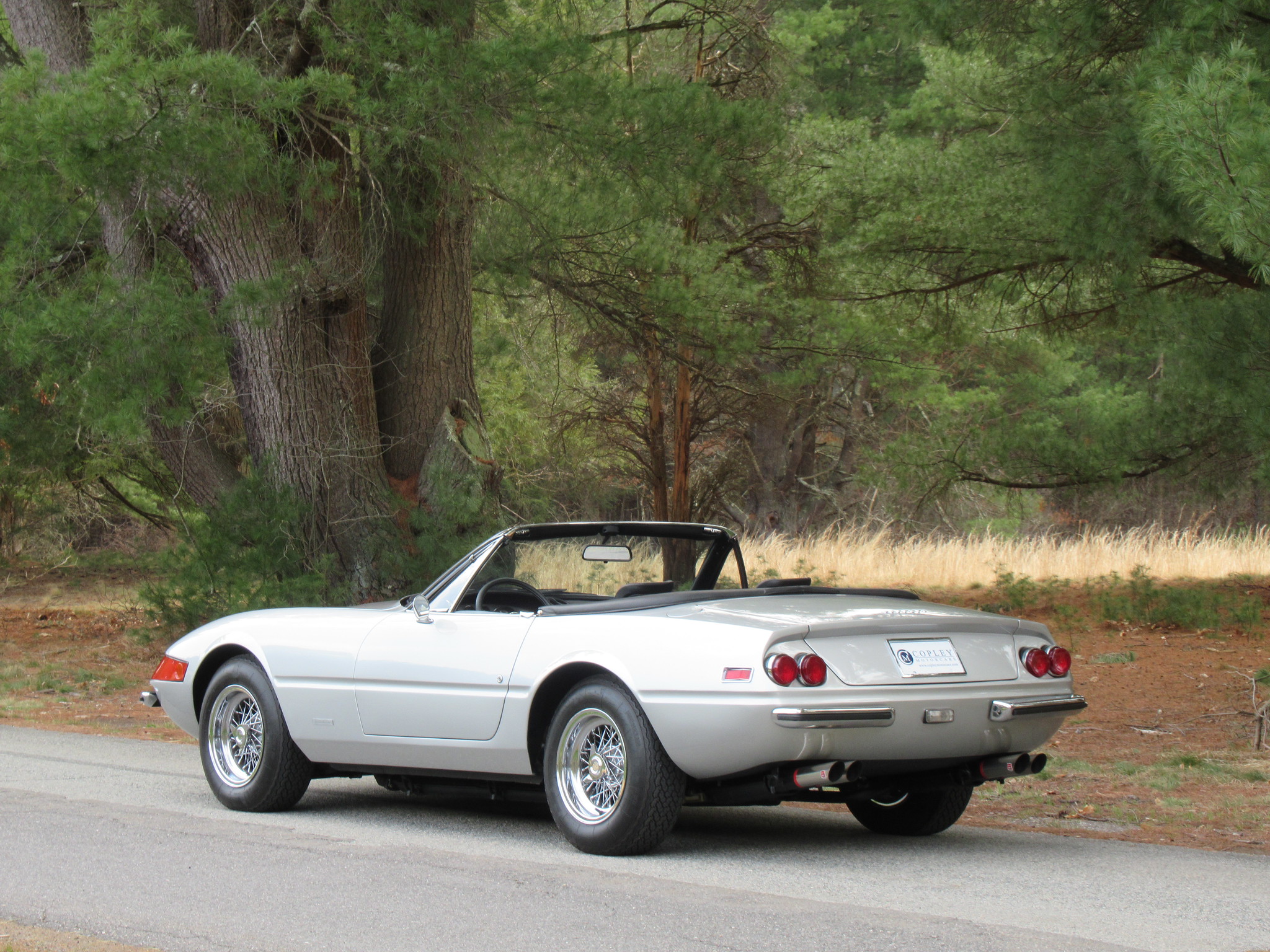 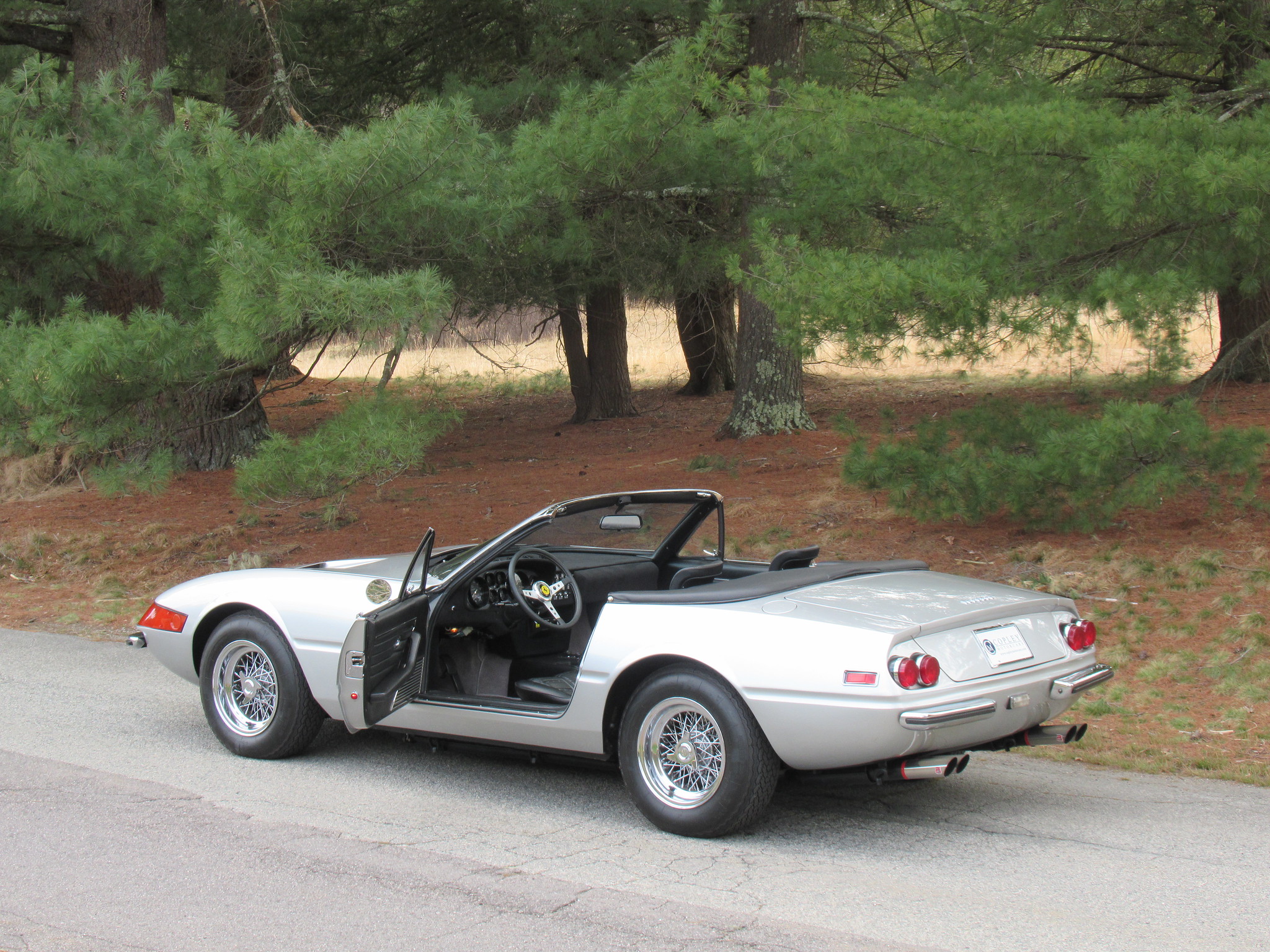 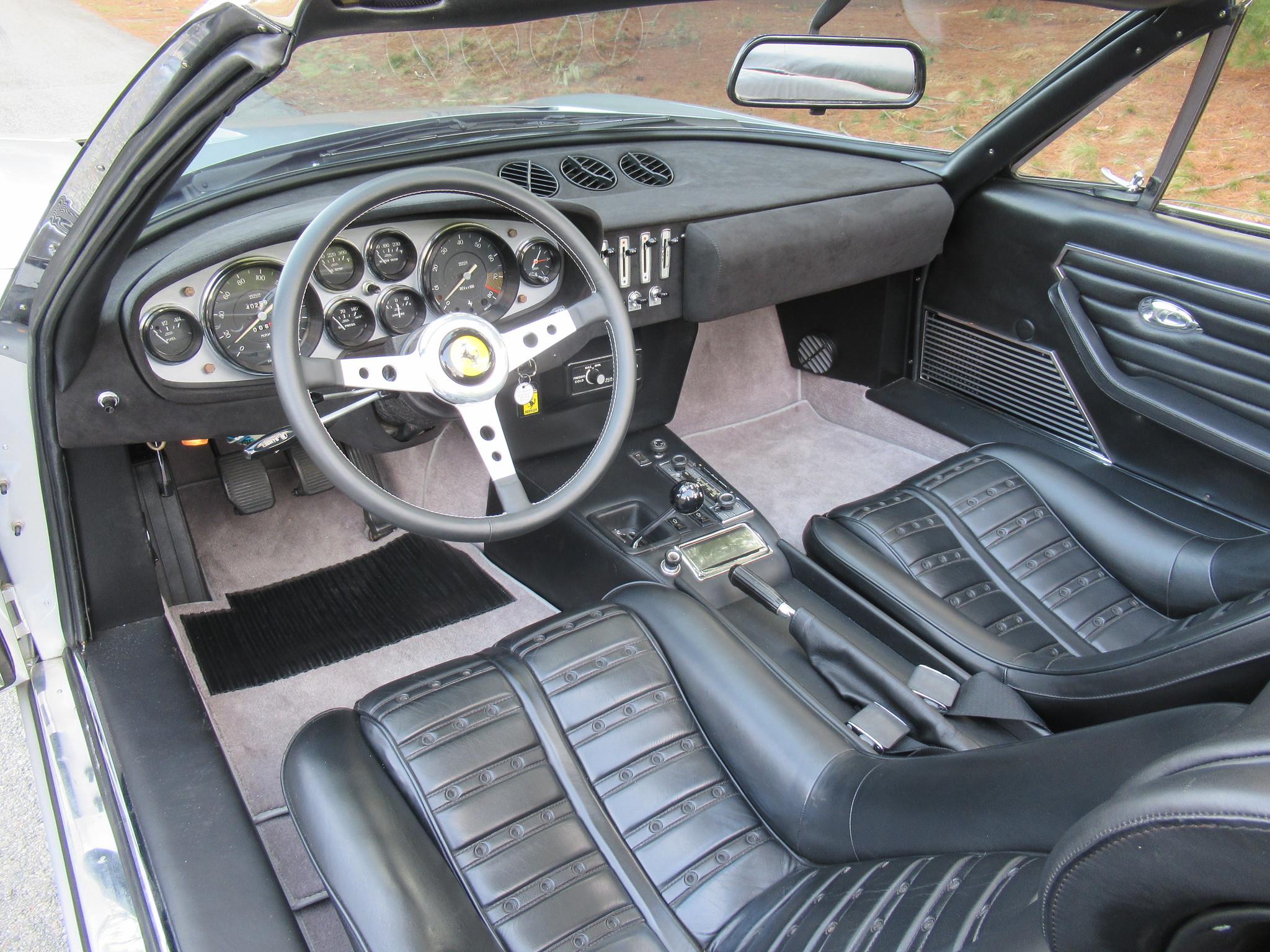 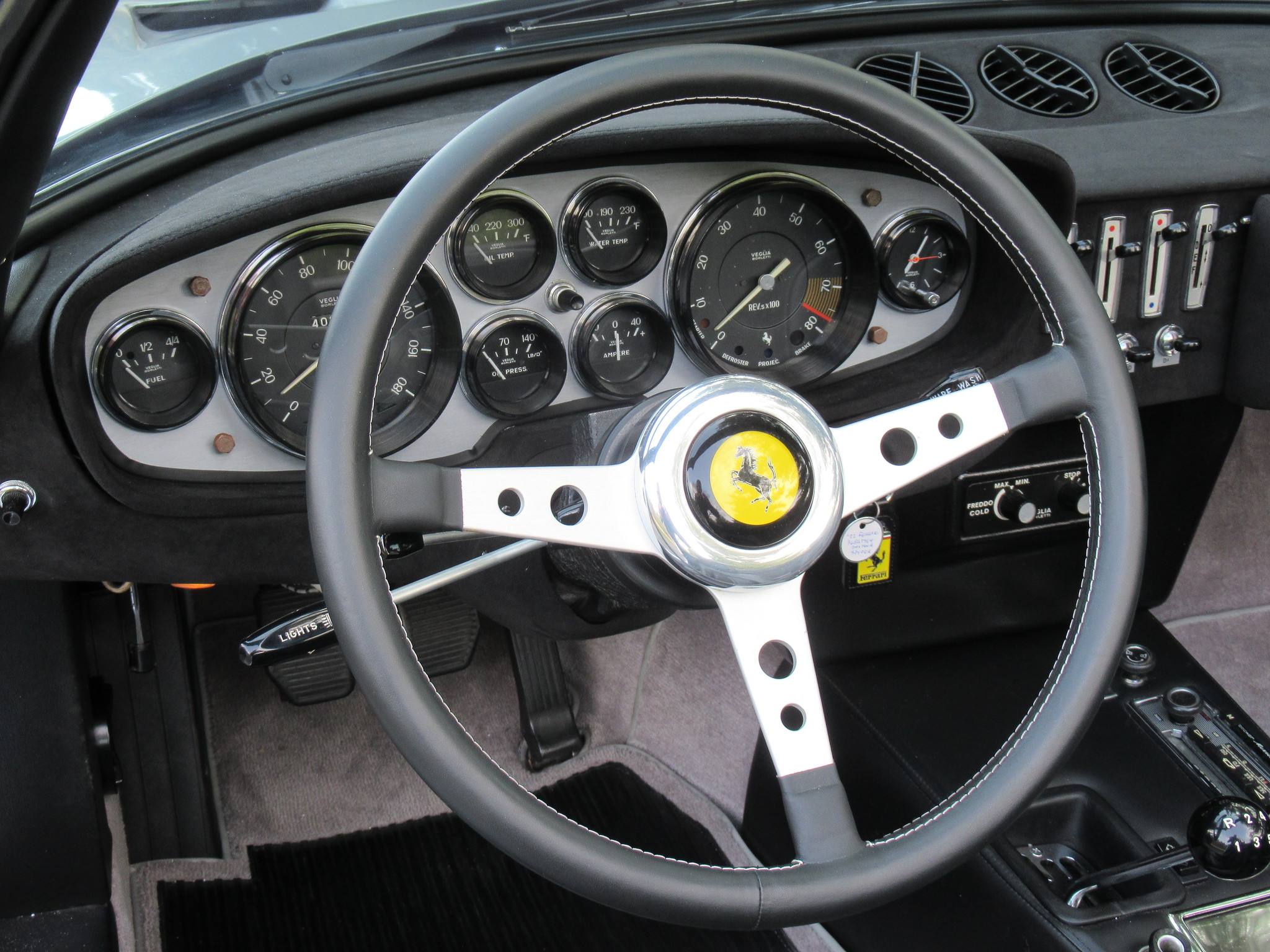 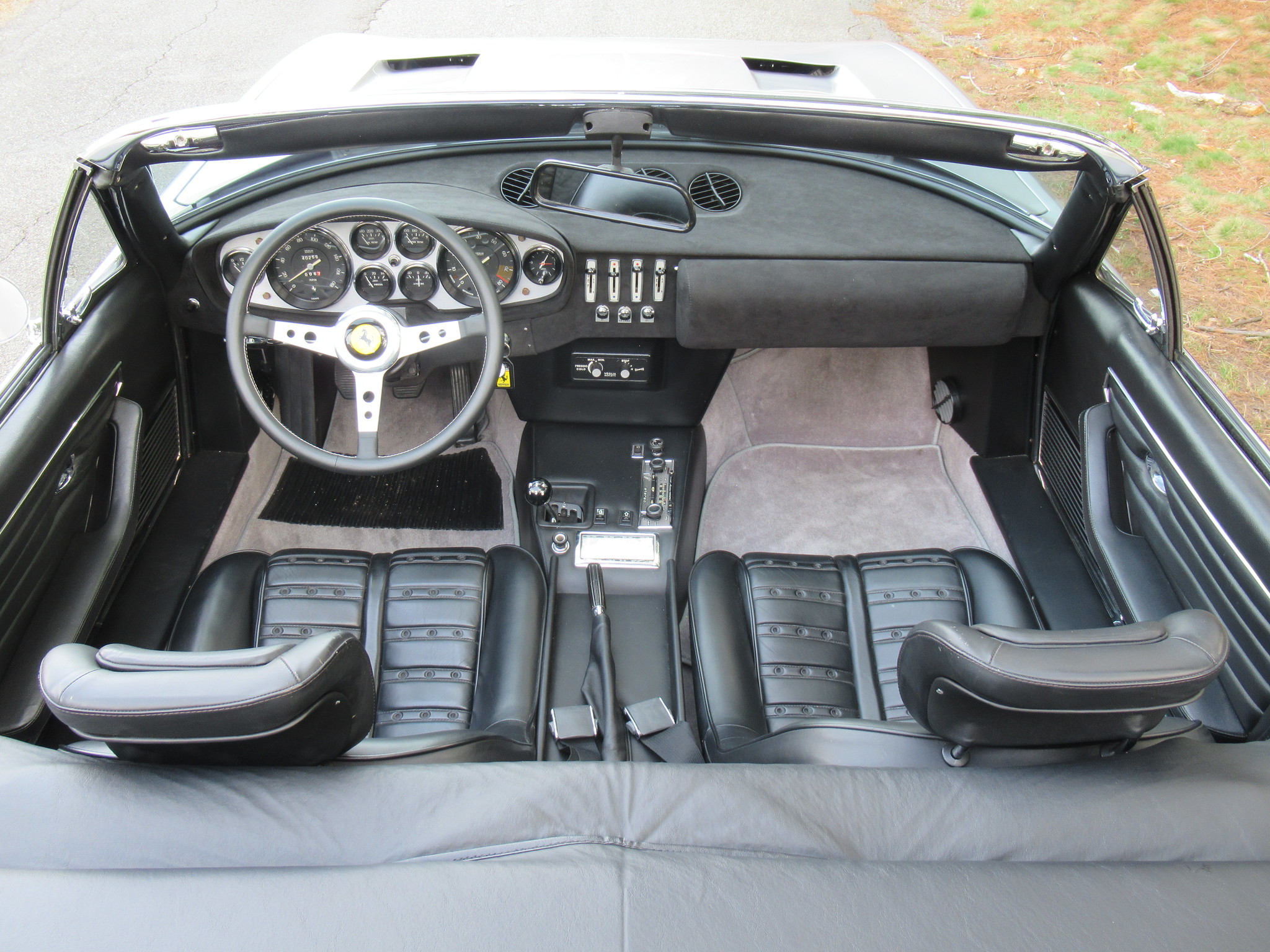 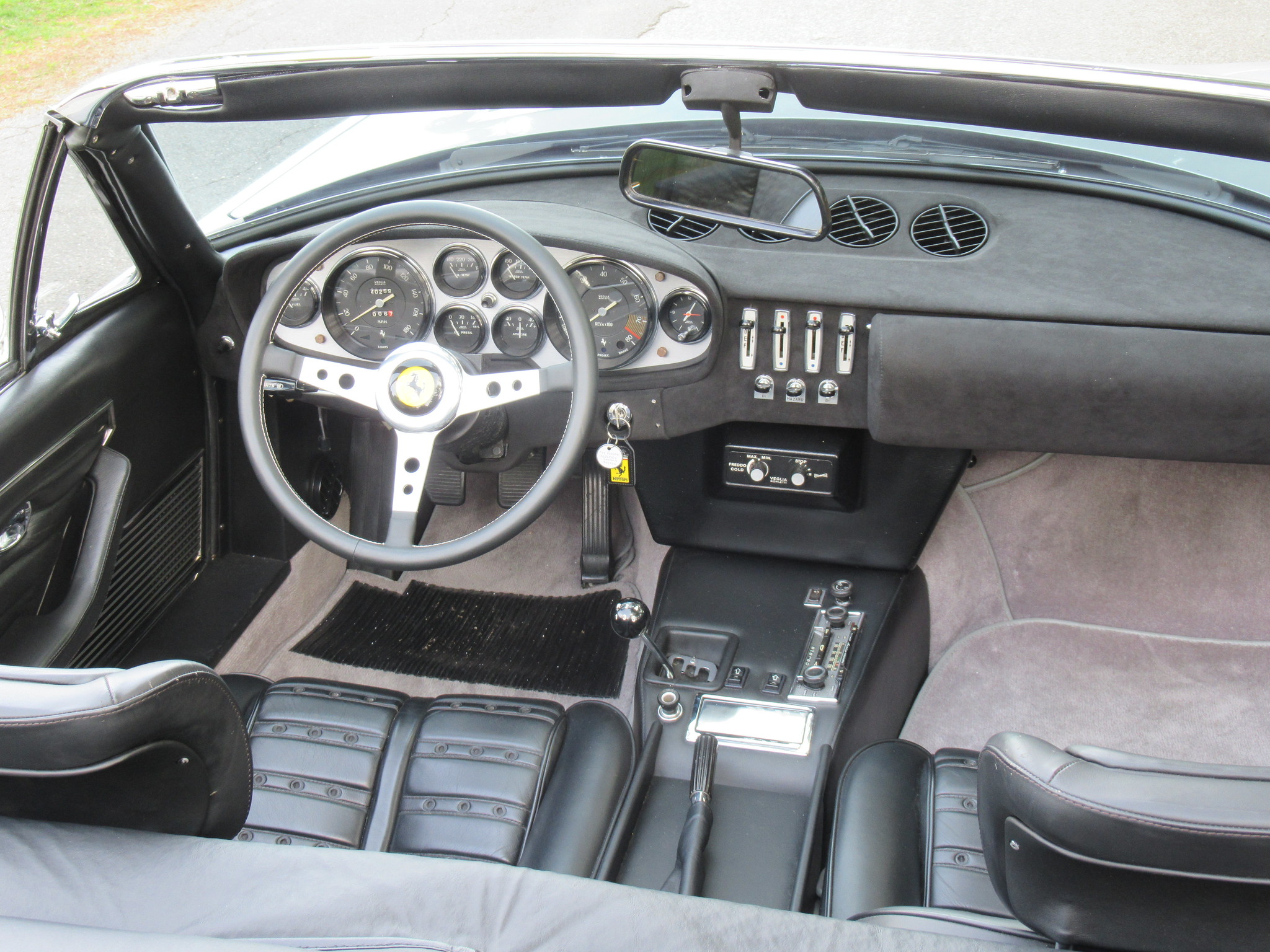 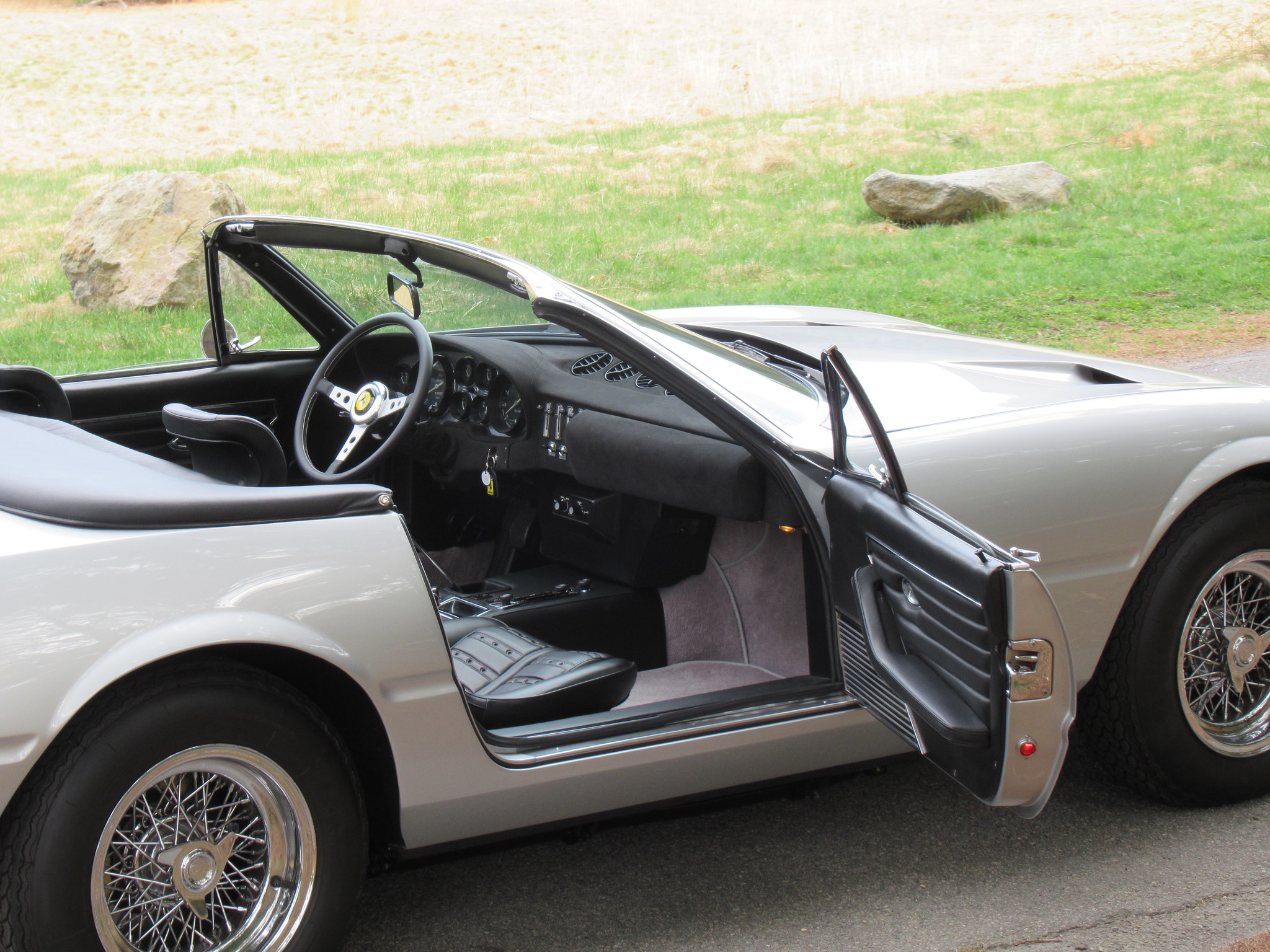 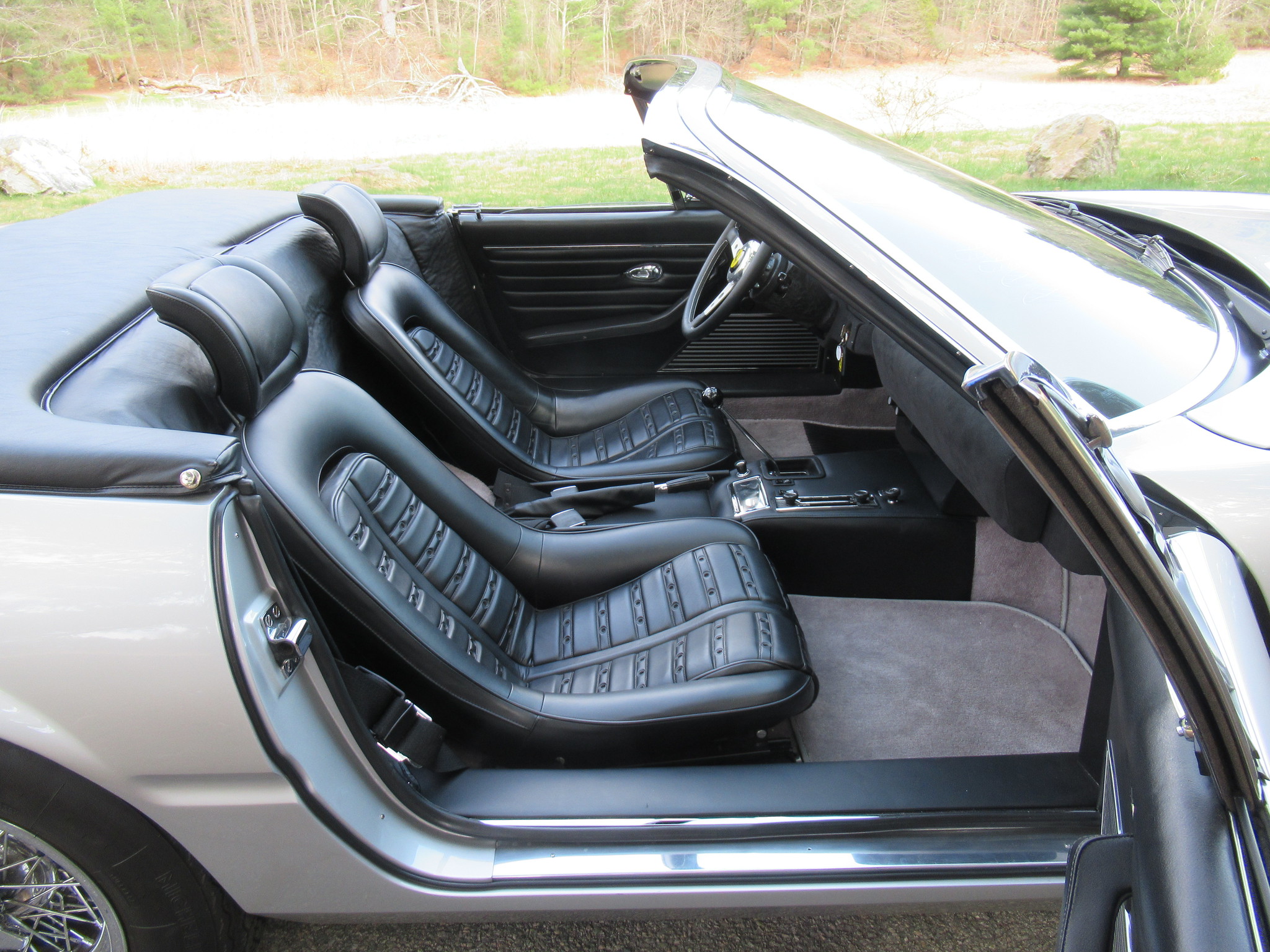 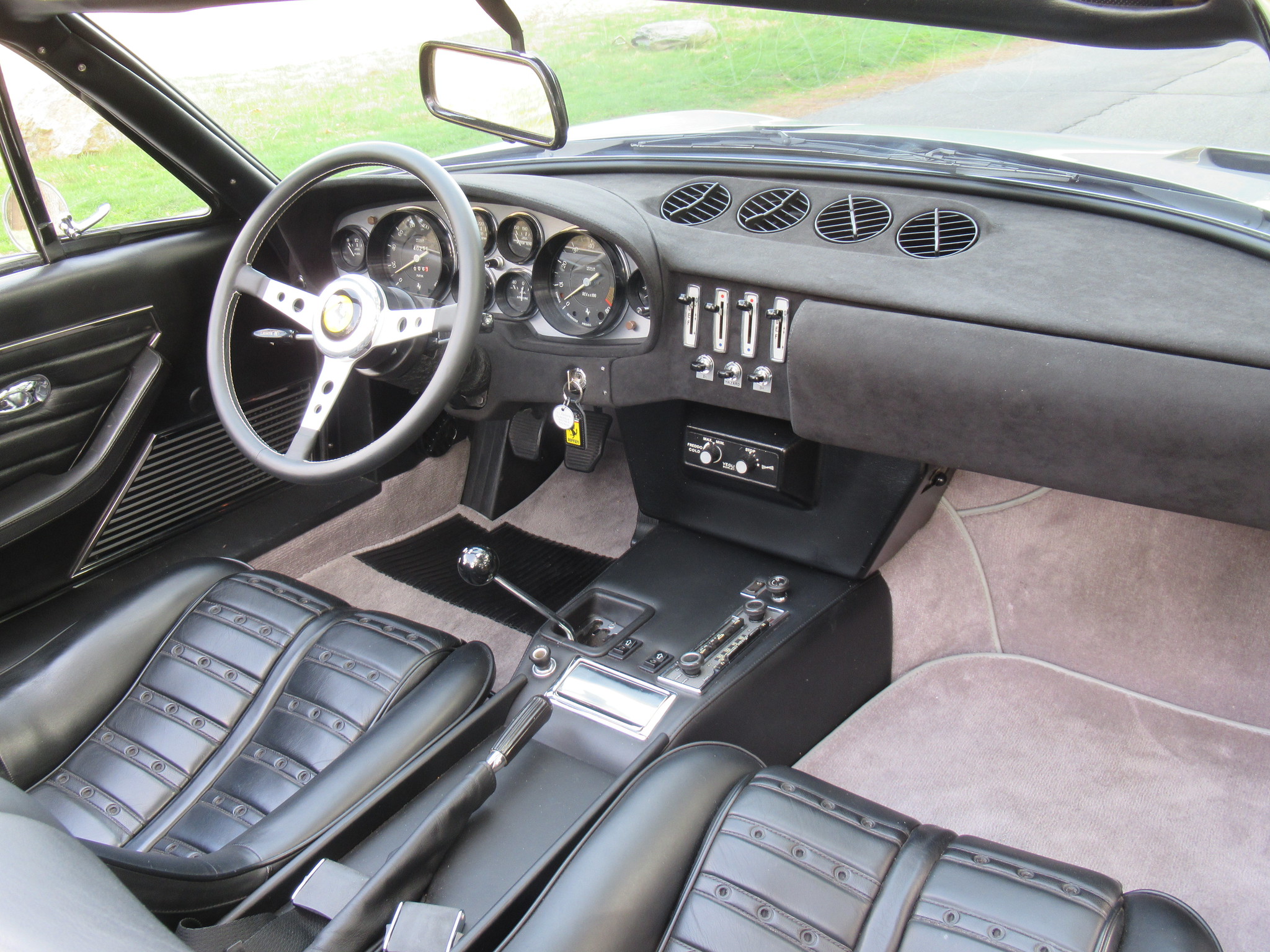 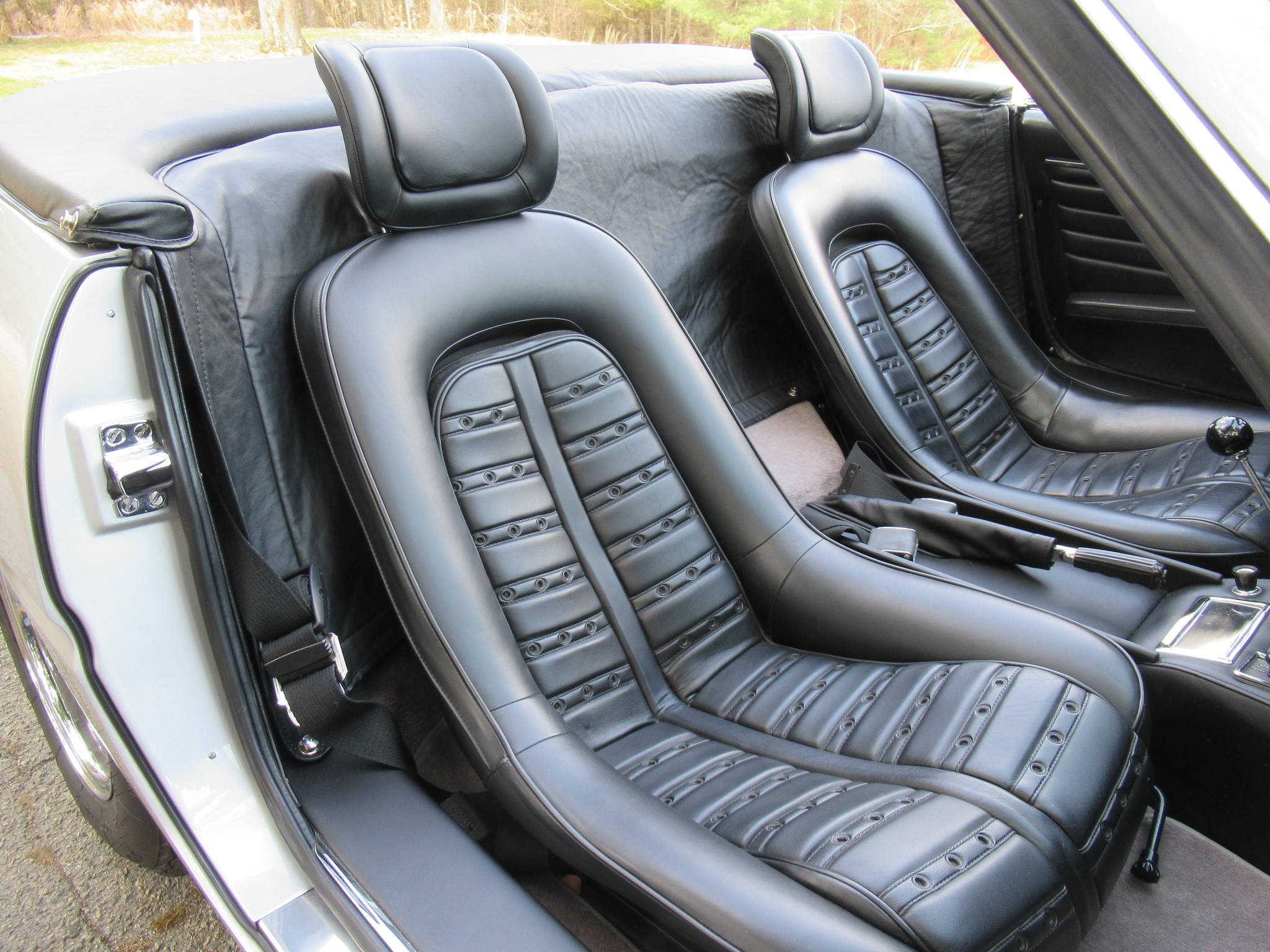 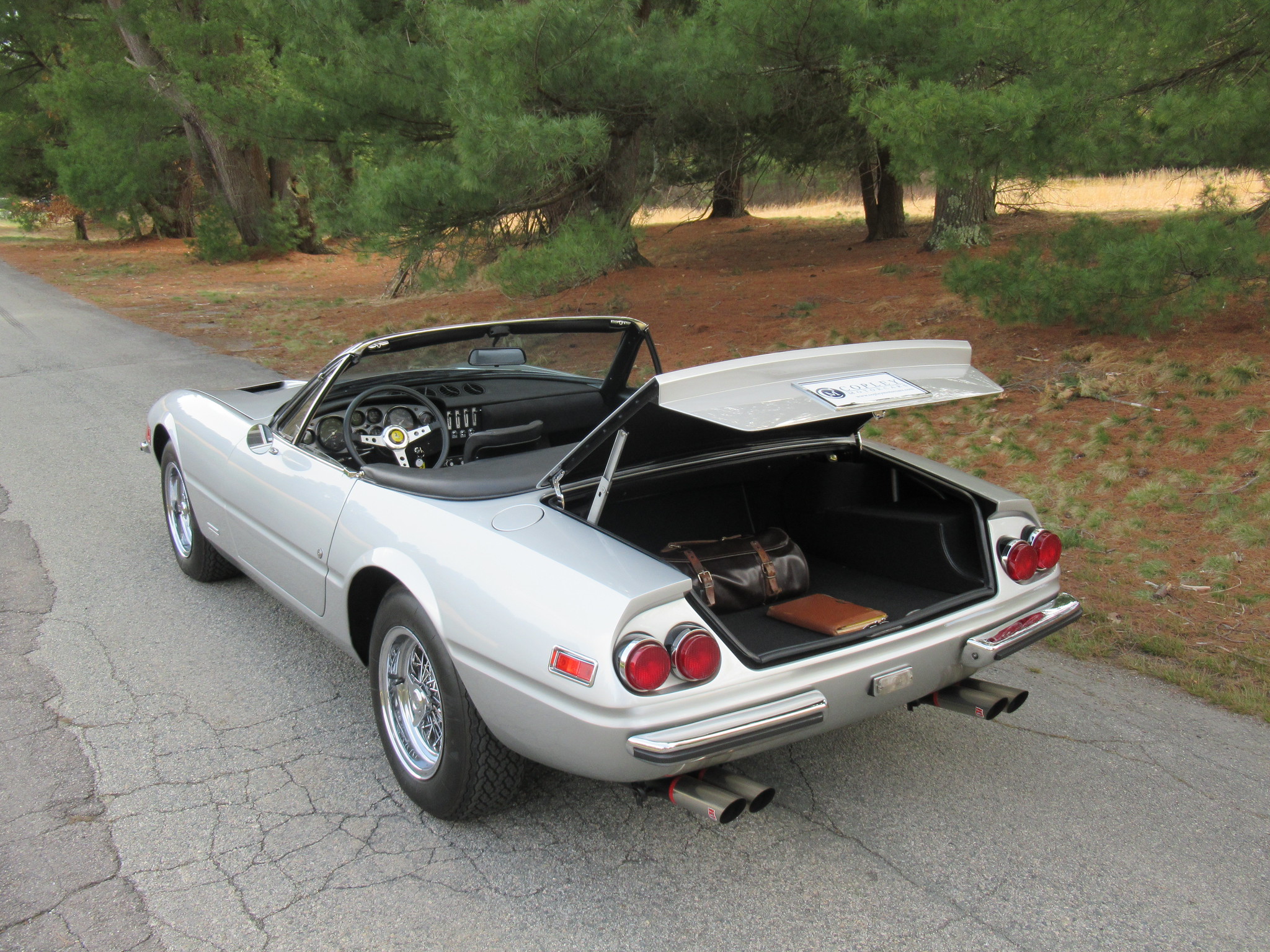 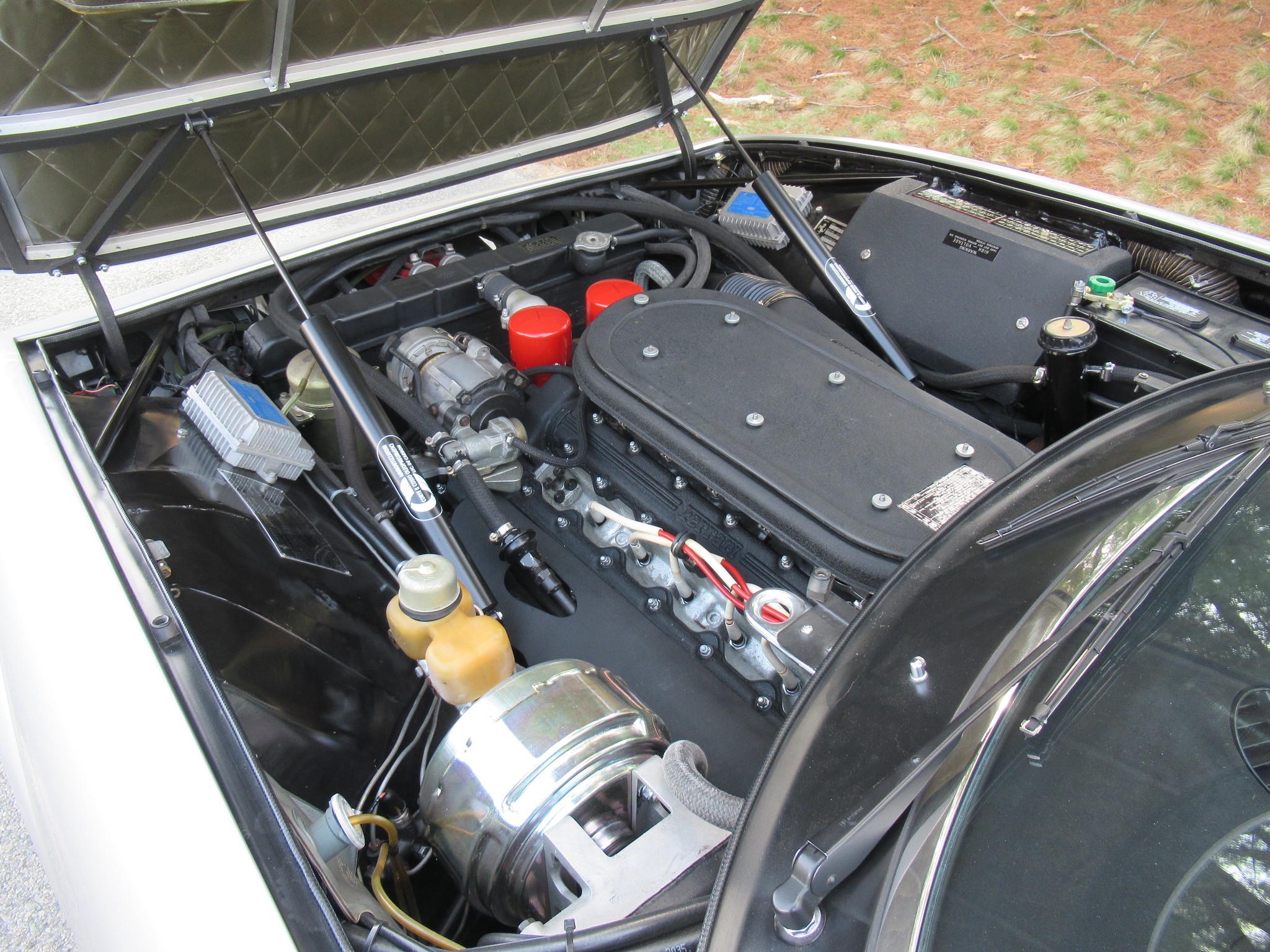 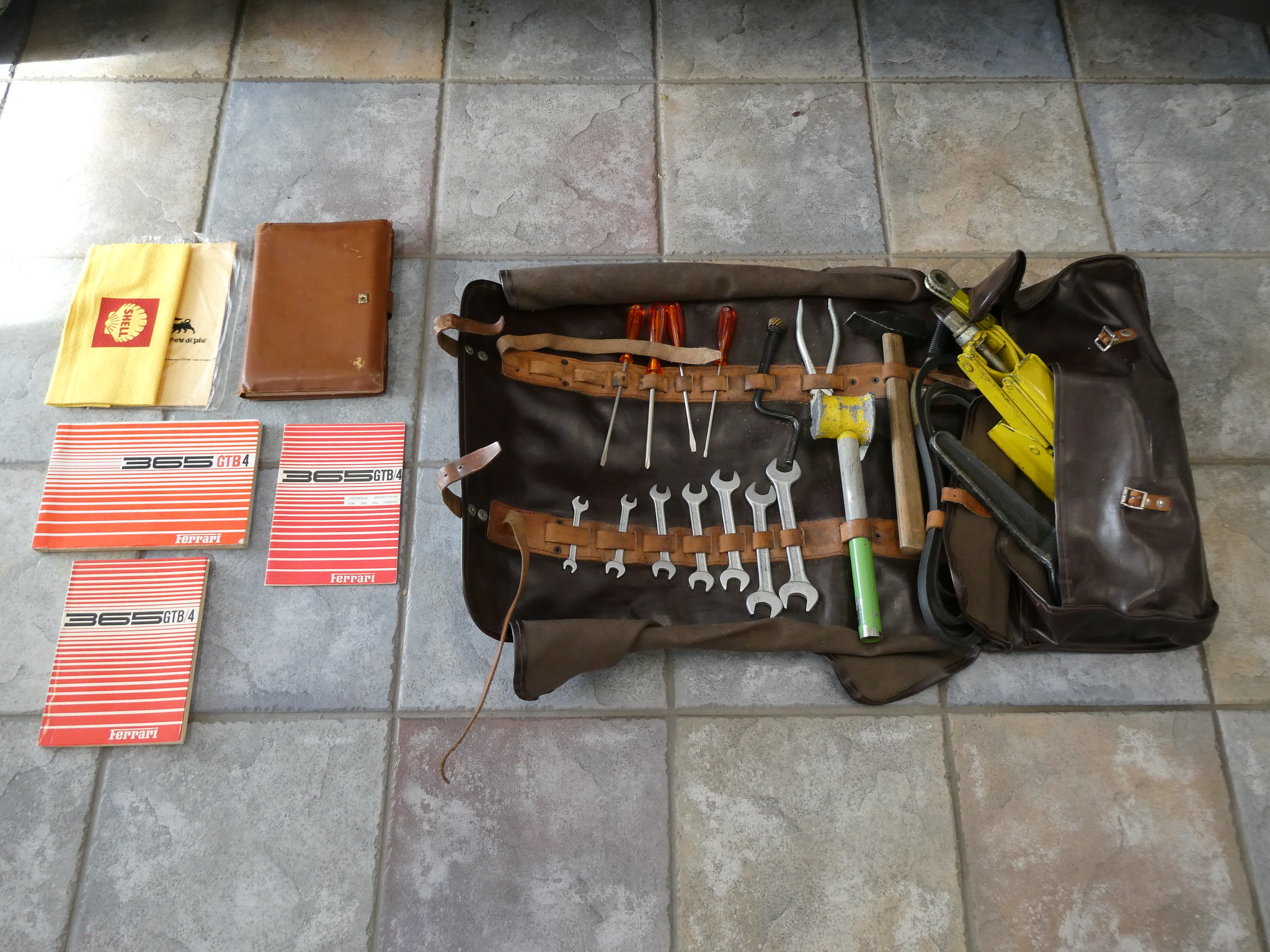 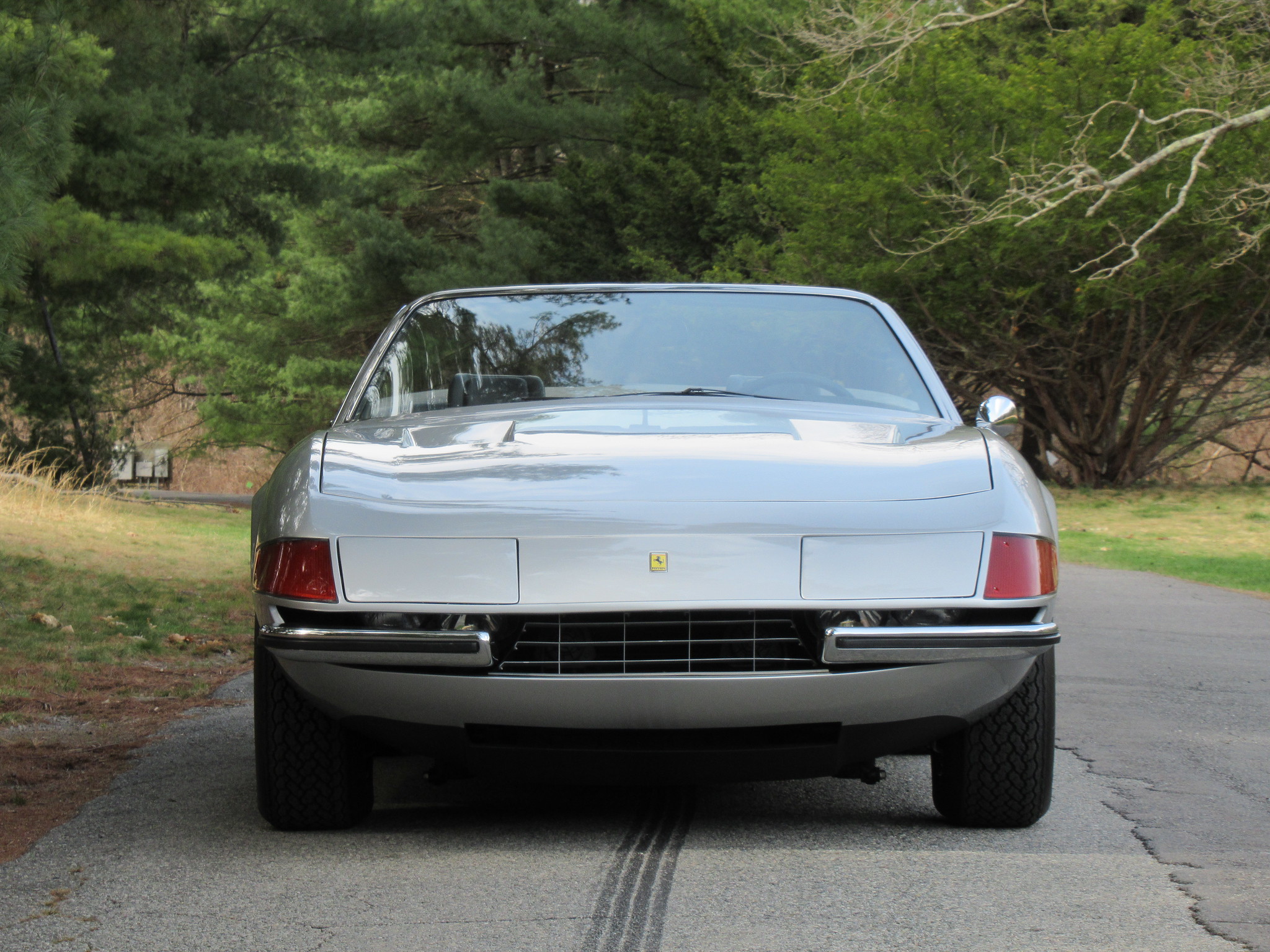 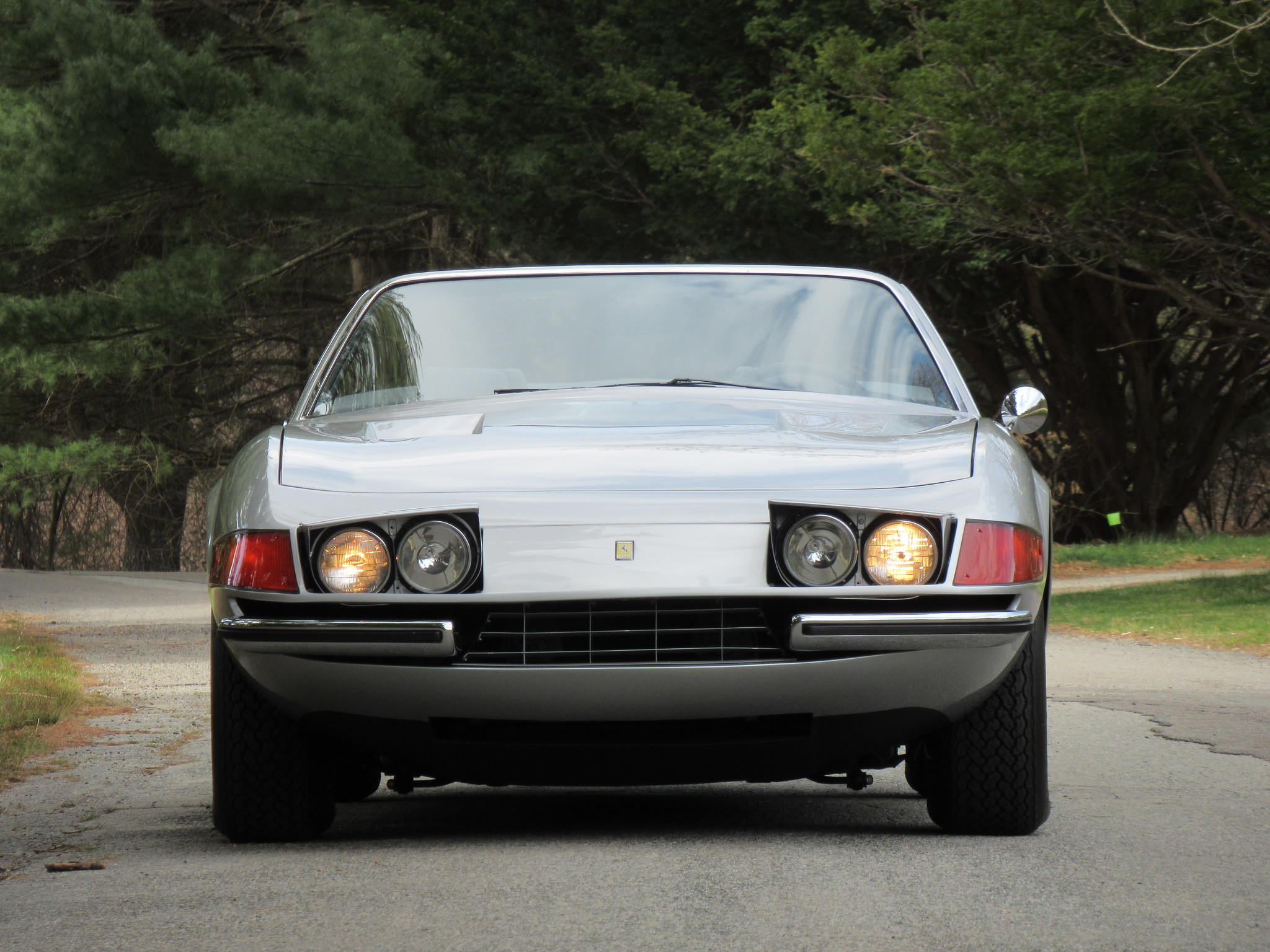 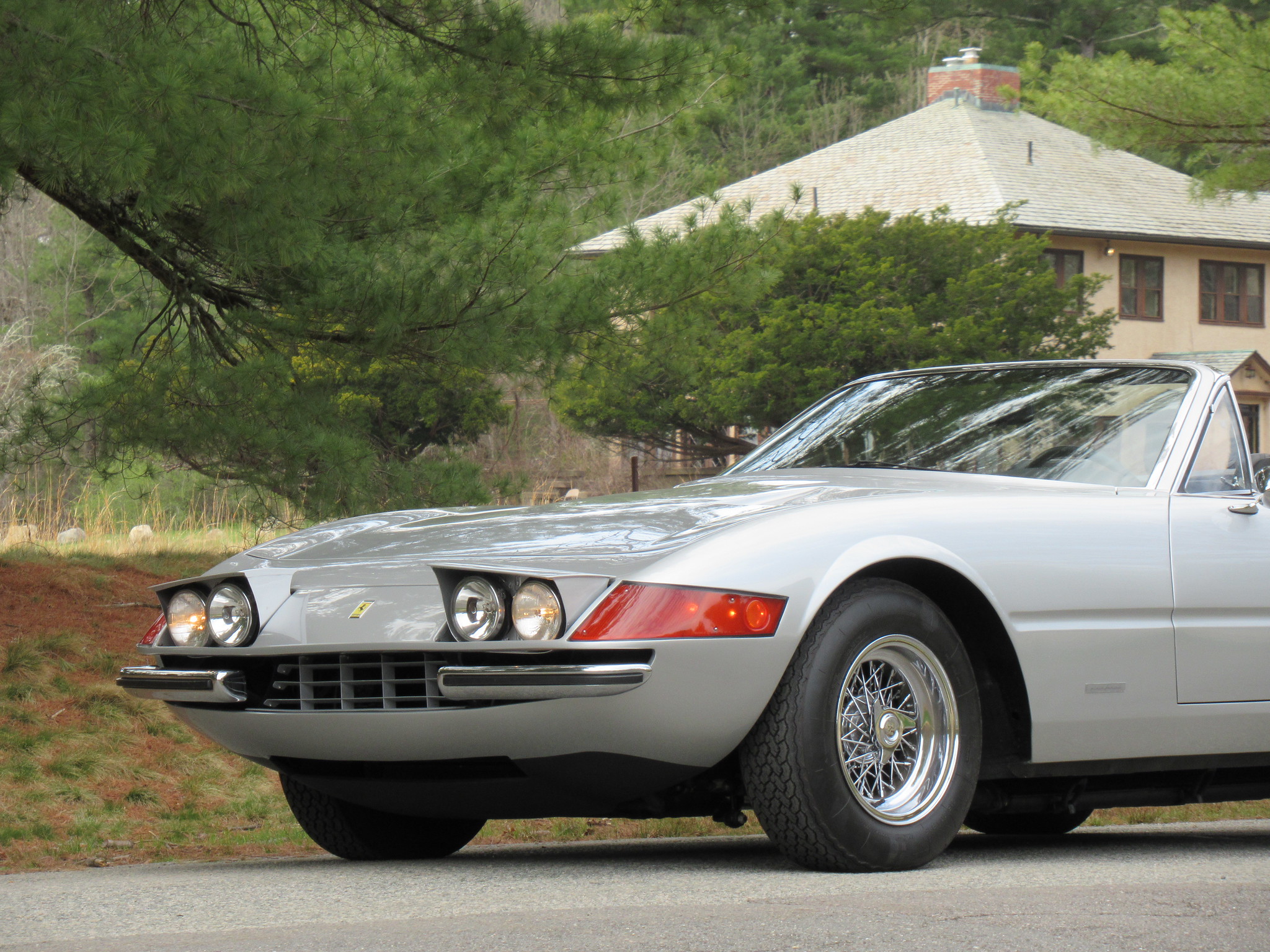 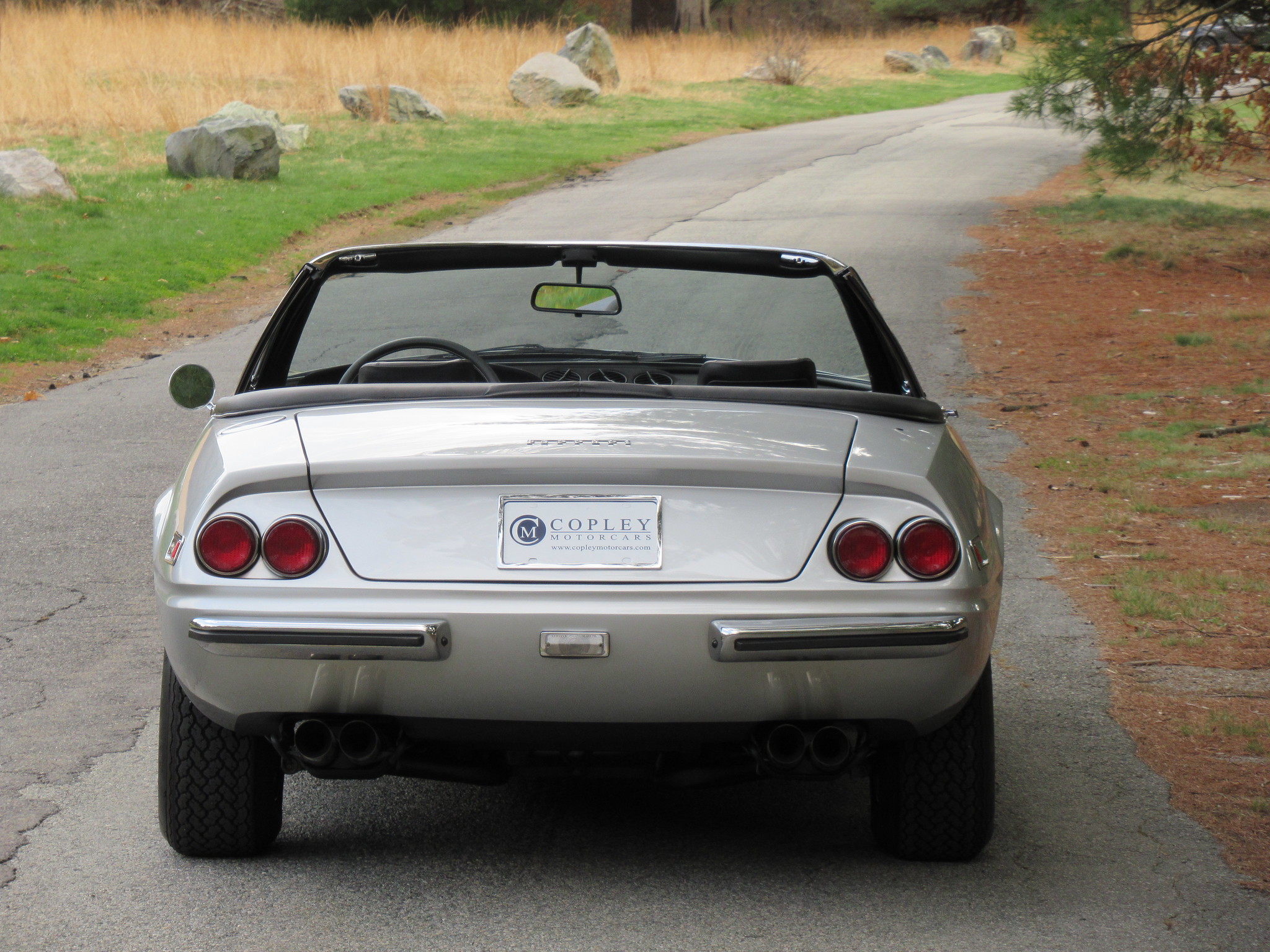