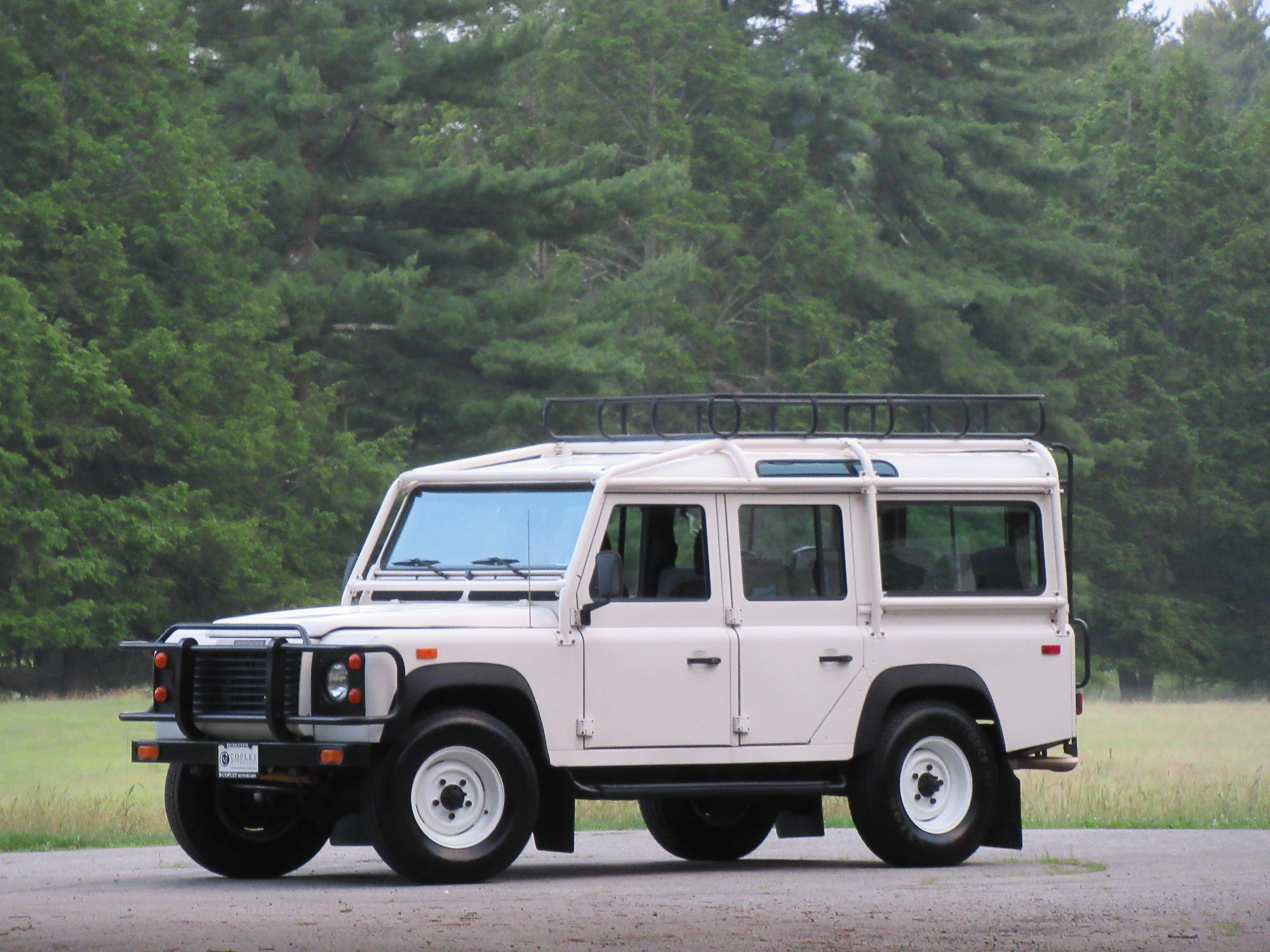 When the last Defender rolled off the assembly line in January of 2016, nearly 2.1 million of all Defender variants had been built. For every market in the world, save for North America, a Defender 110 or 90, was simply a utility vehicle. Much like a Ford Econoline van here in the States, a Defender of some type was used by contractors, plumbers, carpenters, police, farmers and even the dog catcher. The words “rare Defender” did not apply anywhere on earth, outside of North America.

Which brings us to the 1993 model year when Land Rover North America imported 534 Defender 110s – 500 for the USA numbered 1 – 500, 25 for Canada numbered CD 1 – 25 and, 9 pre-production models which were un-numbered. With the exception of an occasional winch bumper, all NAS – North American Spec – 110s were built the same, coloured in Alpine White – one in Beluga Black purportedly for Ralph Lauren – and powered by 3.9 litre V8 gas engine mated to a 5 speed manual transmission. An NAS 110 was outfitted with grey tweed cloth seat upholstery, 9 passenger seating with three in the middle row and four side facing in the way back rear cargo area, a full sleeper rack with a single rear ladder affixed to the NAS external roll cage, roll up windows, disc brakes at the front wheels, a heated windscreen, heating and air conditioning and, an AM/FM radio mounted in front center cubby console. Being the Best 4X4 By Far, the NAS 110 of course had permanent 4 wheel drive with a high-low transfer case and sold new in 1993 with an MSRP of $39,900.000.

Throughout the past 26 years, so many of the 534 NAS 110s have been modified, upgraded, restored, crashed, burned, refurbished, engines changed to diesel, top cut off for convertible, transmission changed to automatic, left neglected at the beach house and so on and so on. We have no way of knowing how many authentic NAS 110s remain but we assume it is far, far fewer than the original 534. Add to this that there is absolutely no legal way to import a late model or new Defender 110 and what we have seen throughout the years is consistently rising prices to levels two, three and four times the original MSRP. Starting about a decade ago, an early 1980s Defender 110 could be imported to the States as it was 25 years old, the legally allowable age to bring in something from Europe not originally intended for the USA. Keeping in mind these were most often used in the EU and UK as farm or work vehicles, prices were cheap because these were heavily used, high mileage, right hand drive and typically equipped with a small diesel engine. Because of the 25 year import law, the past handful of years have seen more and more of these older 110s washing up on our shores and even a cottage industry of countless pop-up “restoration” shops fluffing and buffing these old 110s. (For us, there is only one NAS 110 restoration shop offering a true restoration.) Unless we can offer a scruffy but nice UK 110 that is priced correctly at under $50,000, we will only offer an authentic North American Spec Defender 110. Remember the numbers – 2.1 million and 534. A so-called restored 1985 Defender 110 is available on every street corner. An authentic NAS 110, well…

Our NAS 110 #301/500 was delivered new June 18,1993 via Lyle Pearson Company Land Rover of Boise, Idaho, and has covered 67,300 miles in the past two and a half decades. #301 has lived in Idaho, Oregon, South Carolina and since 2006 in the Copley family in Arkansas and most recently Ohio. Our #301 has remained all original both mechanically and structurally and has an extensive service file dating back for years and years. Our longtime Massachusetts based Land Rover specialist, CitySide Garage, has just completed a fresh servicing and sorting to all systems so all is dialed in nicely for the summer vacation season. All of the original NAS appointments are still present – heated windscreen, heating and air conditioning, full sleeper rack and ladder, external roll cage and, both the engine and transmission are remain the original spec. Also coming with is the original owner’s manual and original maintenance booklet. NAS 110 #301 is not a poseur and presents nicely throughout and is neither restored nor refurbished. If sparkling is your thing, an unrestored NAS 110 may not be for you. If you care for authenticity, known history from new, purity and rarity, there is no more genuine an NAS 110 than #301. 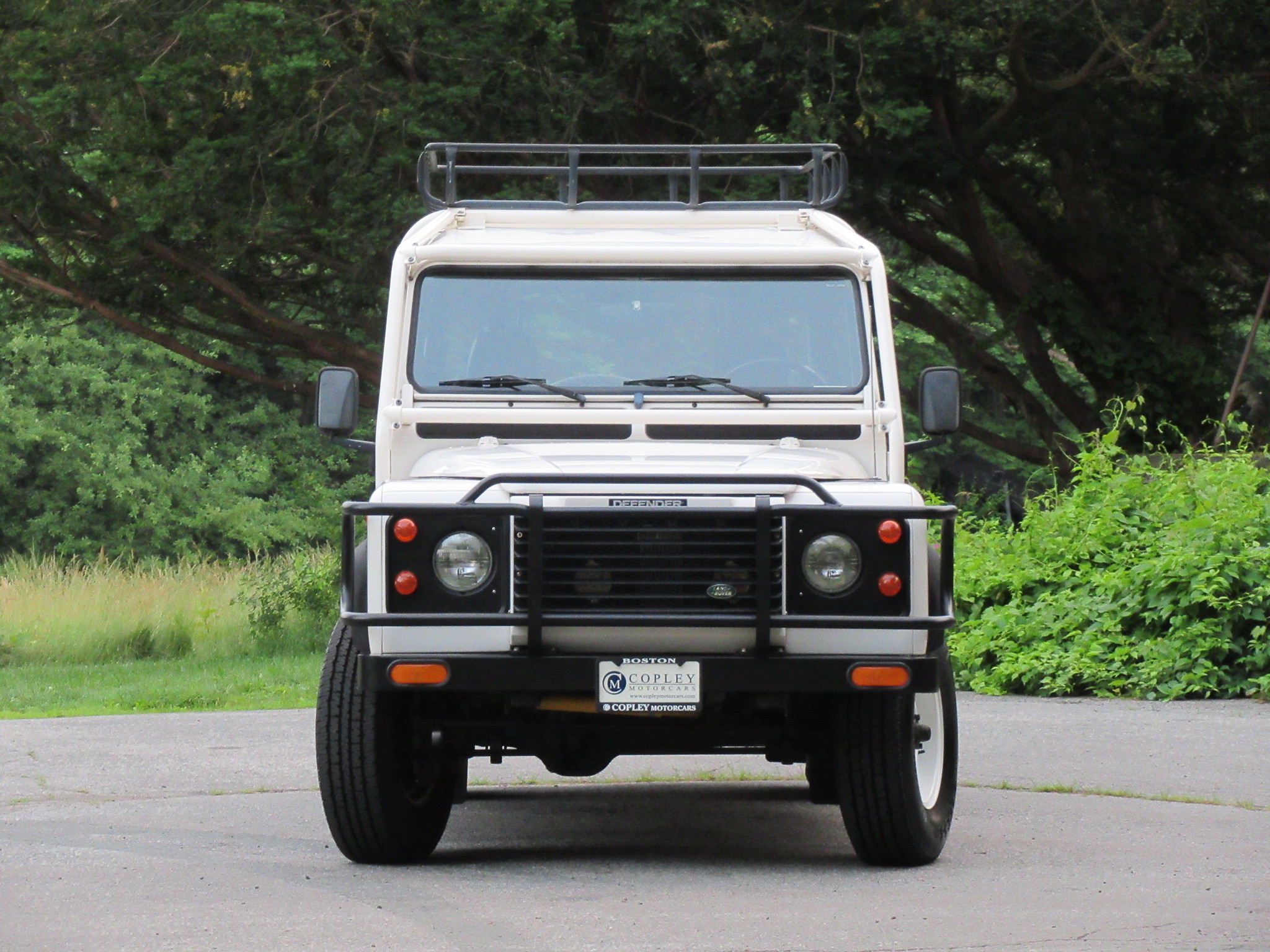 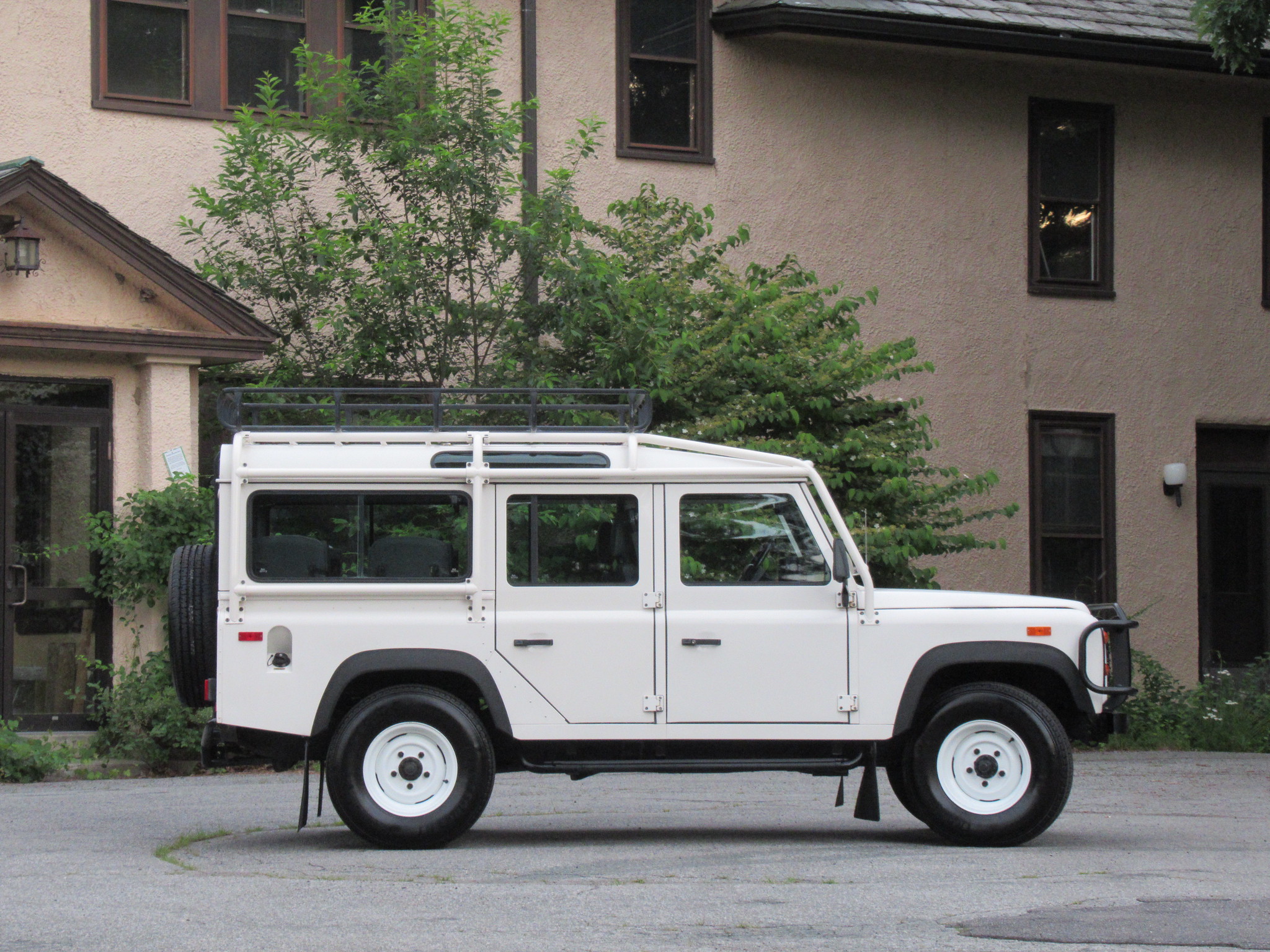 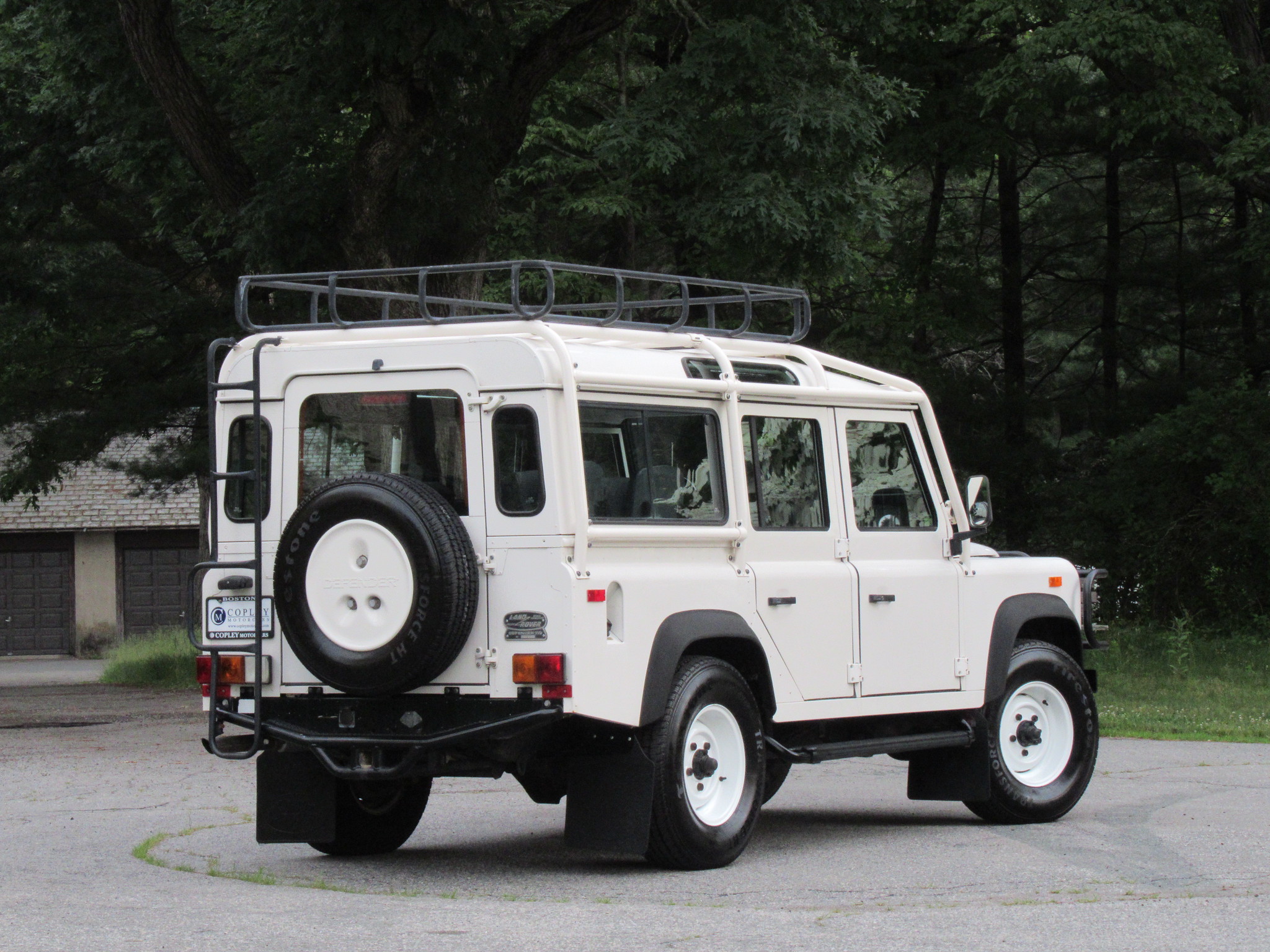 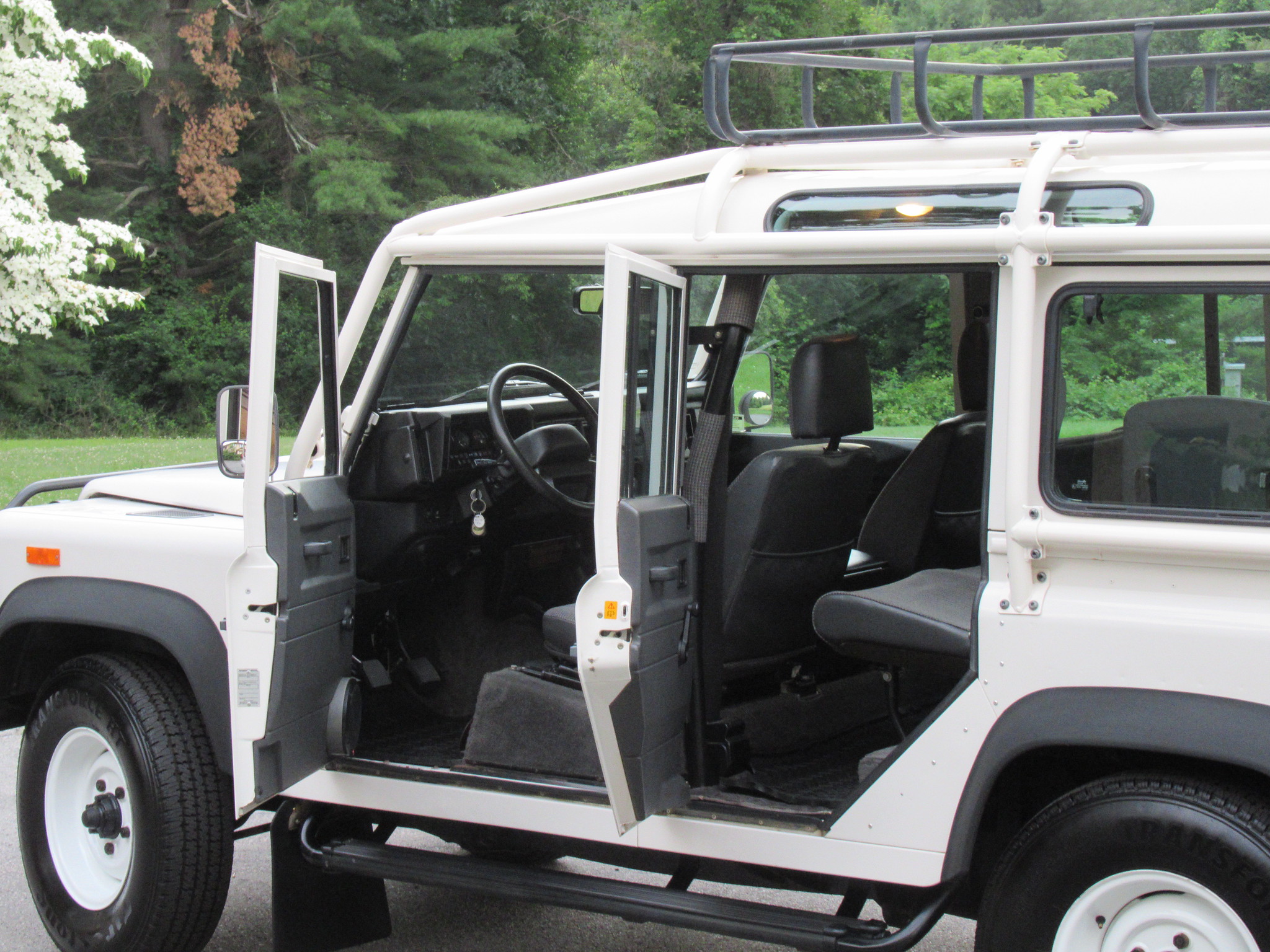 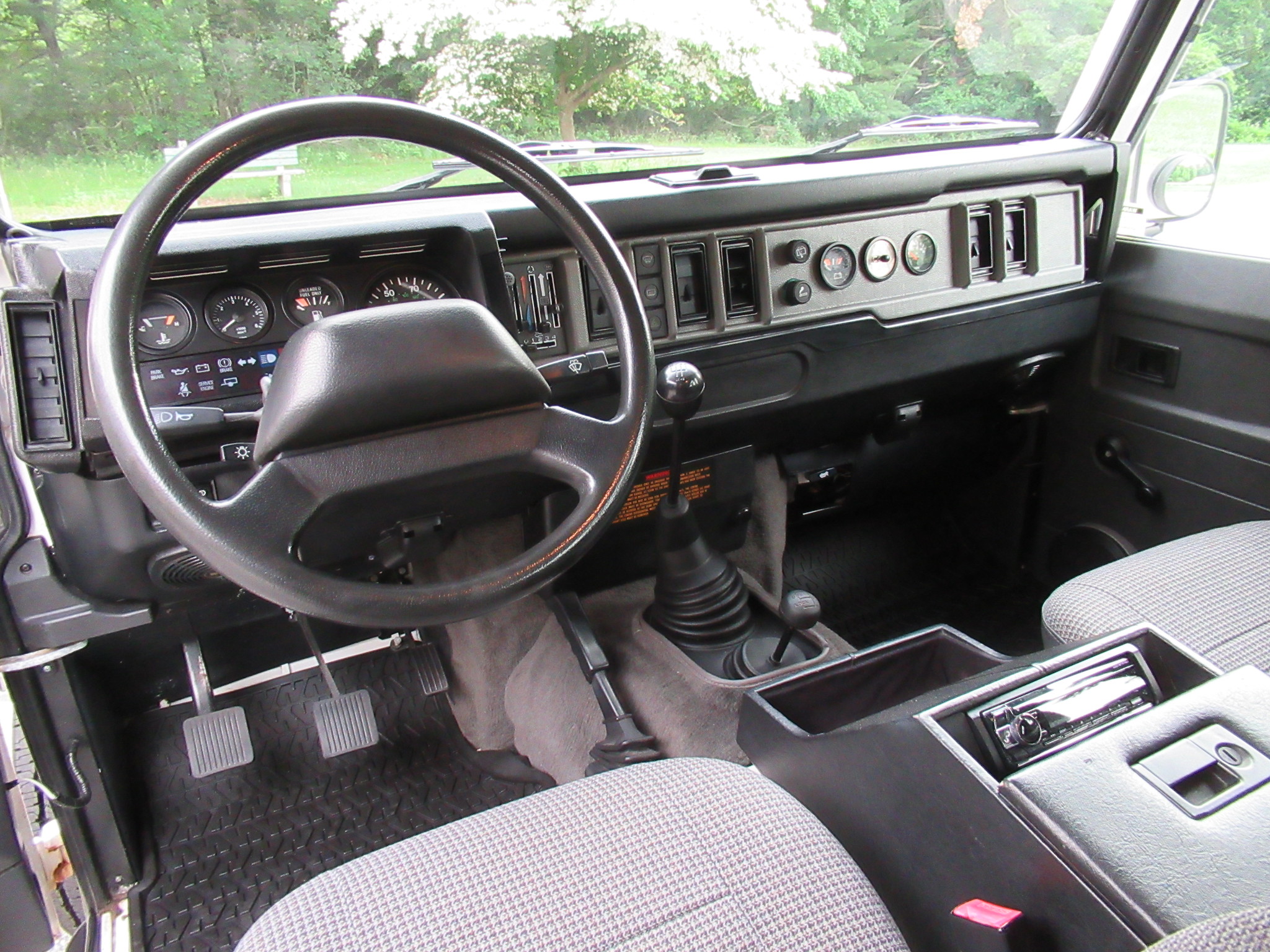 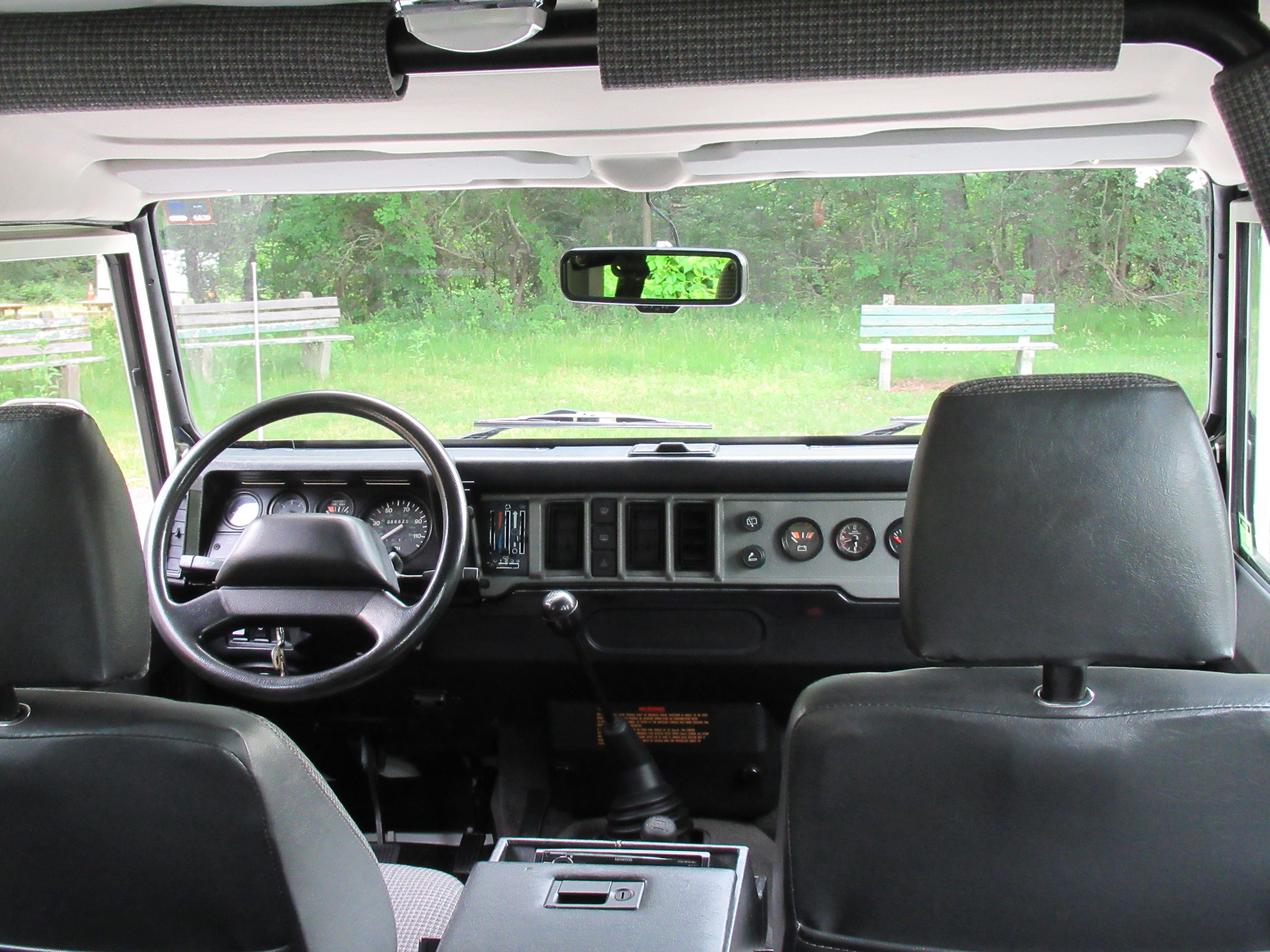 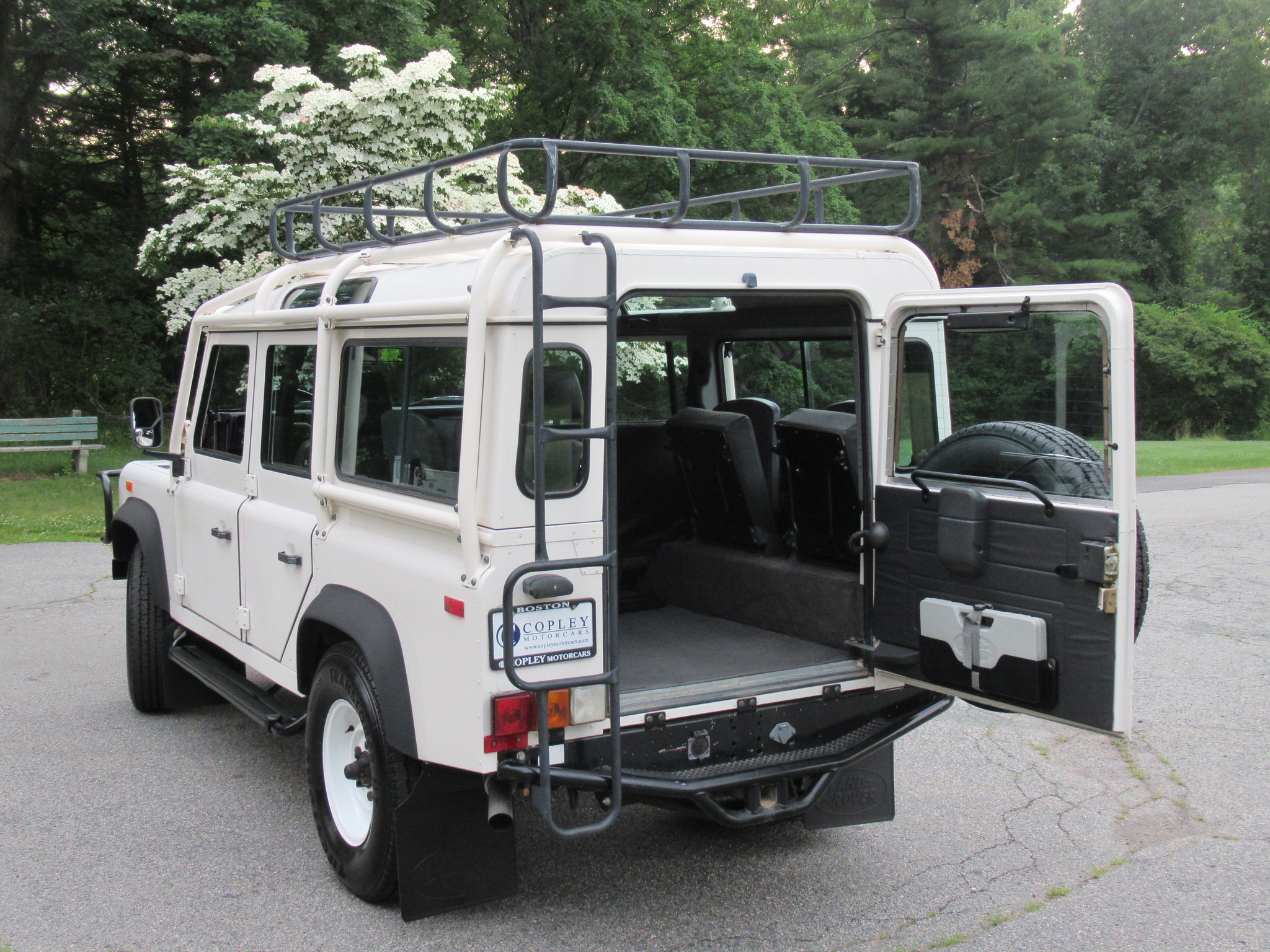 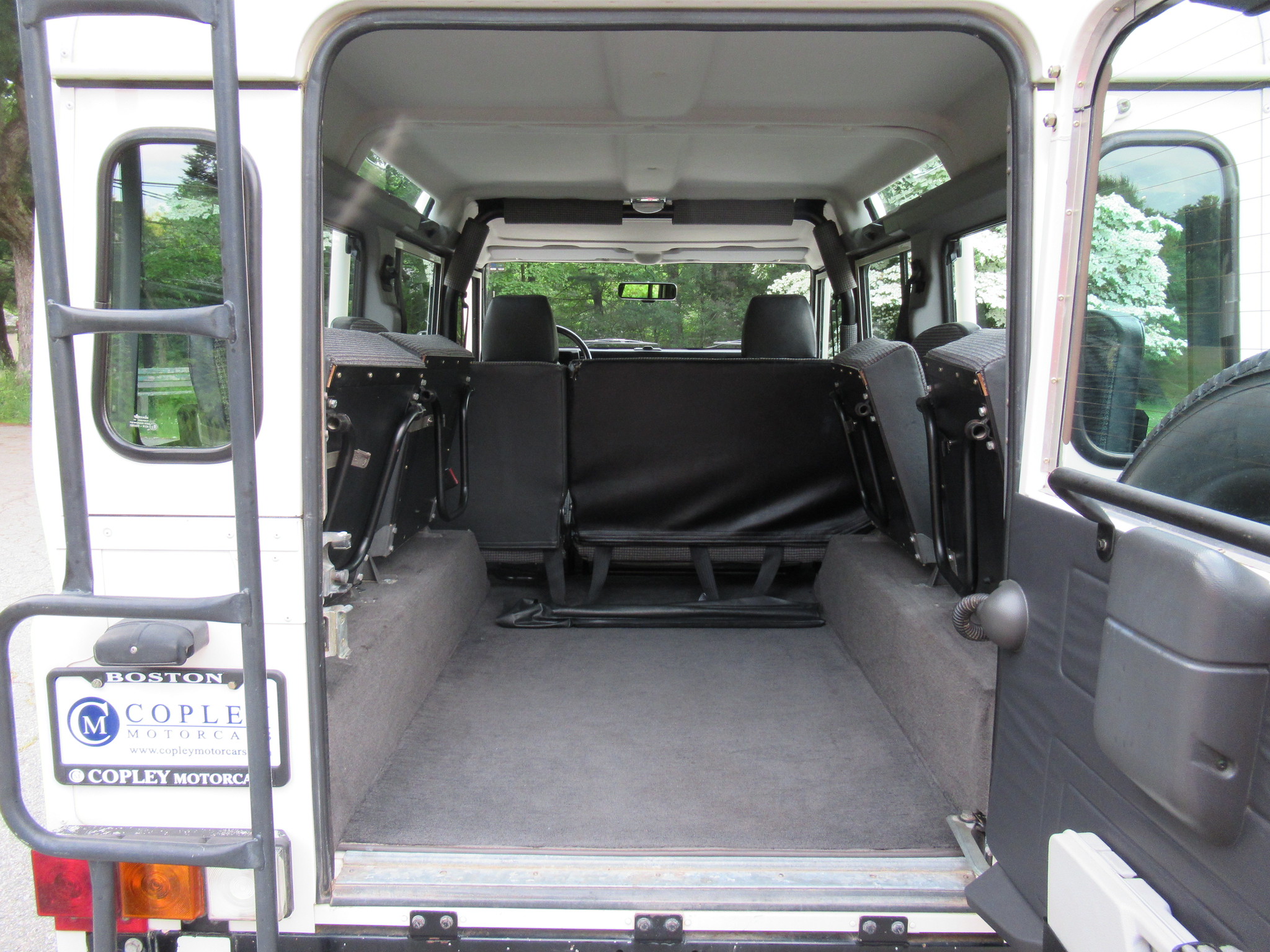 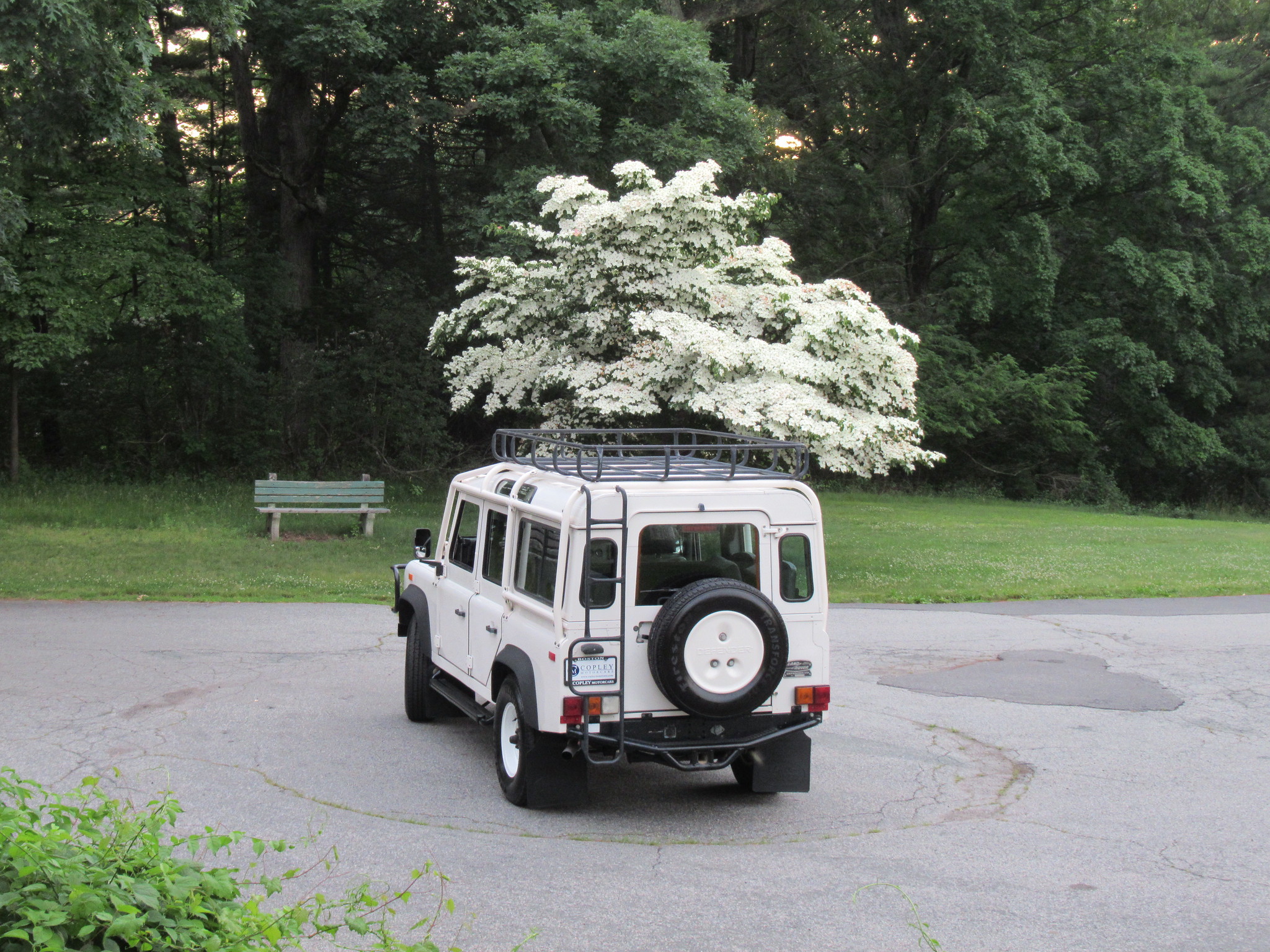