The Aga Khan Maserati 5000 GT with coachwork by Frua 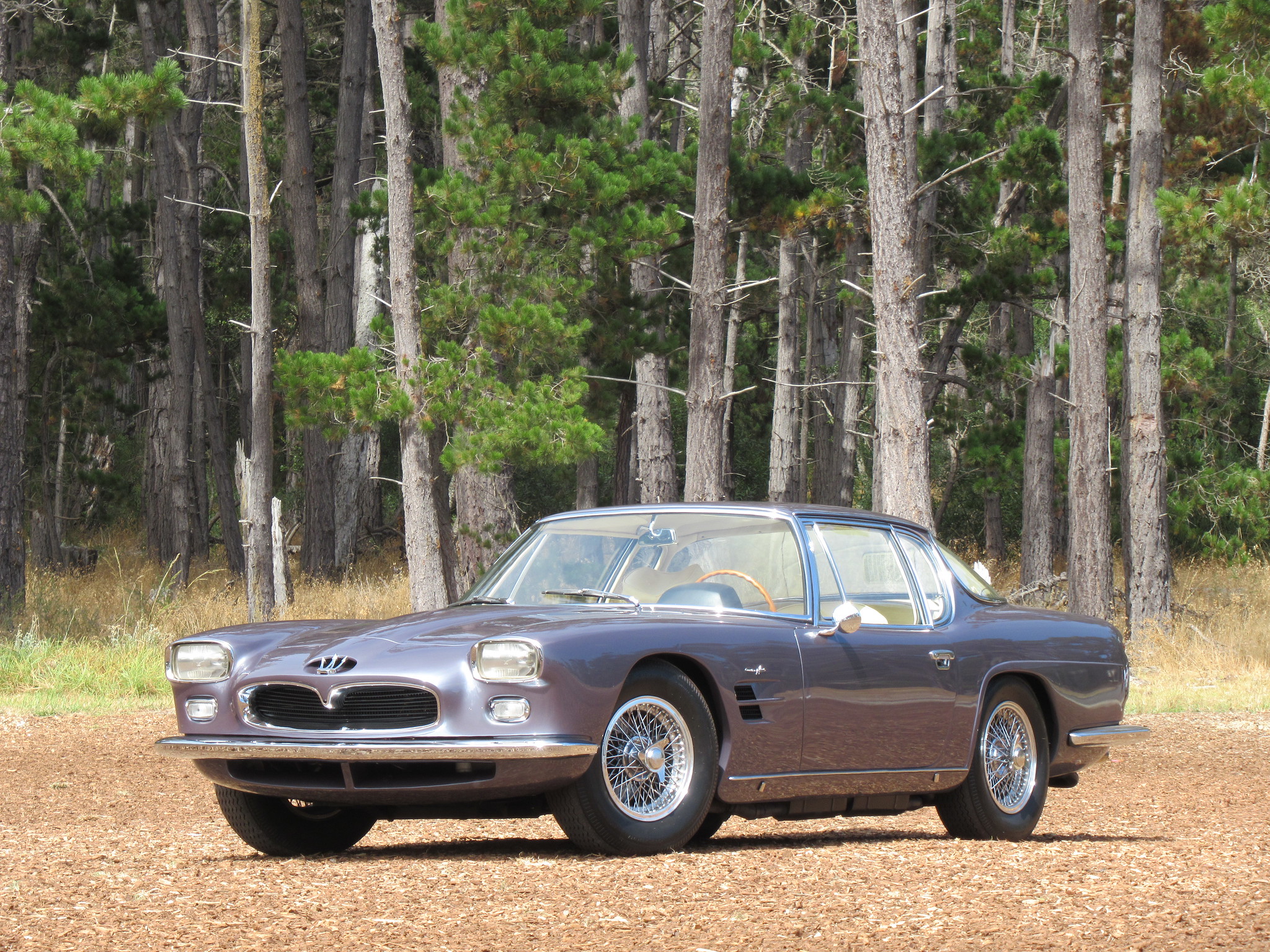 The Aga Khan Maserati 5000 GT with coachwork by Frua

To gain proper perspective on this unique and influential Maserati, all one has to do is examine the current state of the supercar market. Shareholders and accountants rule today’s car companies and as such, demand building relatively large quantities of even the most special of hypercars. And while each of our favored European manufacturers now has a bespoke department of some type, the word one-off is nearly forgotten. Yes, we can choose our colors and interior materials today, but supercars and hypercars have become commoditized.

It wasn’t always that way though. The 1950s and early 1960s were the apogee of the bespoke era of automotive design, when one-offs and fouri serie cars were created for a very select clientele. Many commissioning customers were legitimate stars of the big screen and stage, well-known captains of industry, and royalty. These discriminating individuals desired something truly unique, a car that expressed their personal taste, and wasn’t a different-colored carbon copy of what several hundred others had also ordered.

Adding to the early supercars’ allure was many found their origins in competition—which is exactly what happened with one of the most bespoke of all, Maserati’s ultra-exclusive 5000 GT. In 1958 the Shah of Iran coveted something different and extremely rapid, and asked Maserati to create a GT with the heart of their uber-fast 450S. That car’s fabled DOHC 4.5-liter V8 was without equal, for at most every venue the 400-horsepower sports racer simply ran away from the competition. Unfortunately, they were often besieged with bad luck, and that cost Maserati the endurance-racing crown in the last race of 1957’s season.

Still, the 450S’s unparalleled horsepower, panache and speed had the Shah’s attention. He requested his road car, and Maserati was more than happy to oblige. A unique chassis was created, proper suspension and brakes were used, and the potent V8 was slightly detuned to 325-340 horsepower for street use. Carrozzeria Touring did the coachwork, and a top speed of 280 kph (174 mph) was guaranteed—making the model the era’s fastest road car when it debuted at 1959’s Turin Auto Show.

Maserati and Touring called the first 5000 GT the Scia di Persia, and when a car is named after its commissioning client, it demonstrates the importance of the model in the eyes of the creators. At the Turin Show the “Shah of Persia” also opened the eyes of others, and a literal “Who’s Who” began lining up to have their preferred coachbuilder clothe their 170 mph custom-made suit (clients were the Shah, Gianni Agnelli, Briggs Cunningham, Ferdinando Innocenti, the president of Mexico, and more). In addition to Touring, the coachbuilders and stylists also read like an all-star line up, and included Pininfarina, Michelotti, Ghia, Bertone, Allemano, and Frua.

Just 34 5000 GTs were made from 1959 into 1965, and the most influential was the last design created. Stylist and coachbuilder Pietro Frua had opened his carrozzeria in 1944, and specialized in one-offs, custom builds, and small production runs. Frua’s 5000 GT debuted at 1962’s Geneva Auto Show, and two months later, Karim Aga Khan ordered the second Frua-bodied 5000 GT. Chassis 060 became known as the “Aga Khan,” and had all the late 5000 GT updates: disc brakes front and rear, more-refined second series engine (now rated at 350-370 horsepower, depending upon source quoted) and a 5-speed gearbox. Plus, showing how custom a build could truly be, the Maserati Internal Factory Order and other in-period documentation accompanying the car notes a 45-rpm Philips record player was installed in the dash! 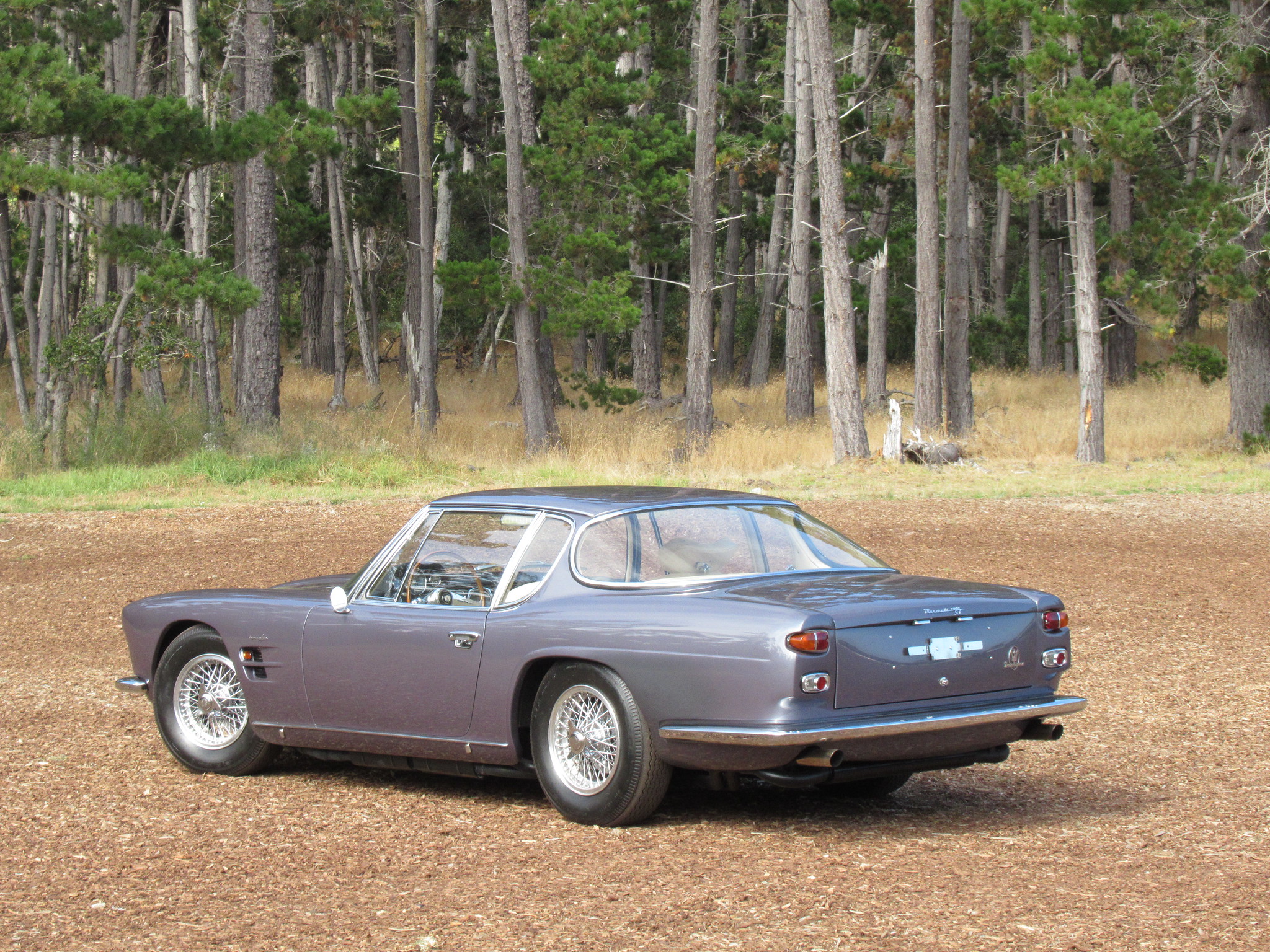 Maserati was so pleased with Frua’s work that the coachbuilder was commissioned to design and build the marque’s Quattroporte and Mistral models that debuted in 1963, and both used styling cues from the Aga Khan and the two other Frua 5000 GTs. In fact, the front end and greenhouse were directly lifted from the 5000 GT for the popular Quattroporte—the car that basically created the elite “super sedan” market that is so popular.

Today the Aga Khan is in its original “Twilight” (Penombra) exterior and beige leather interior color combination, and presents beautifully throughout. The engine has just undergone a complete, two year rebuild by a talented engineer craftsman in Germany who is so fastidious that he accompanied the Aga Khan 5000 GT to the prestigious “The Quail A Motorsports Gathering” concours during Monterey’s Classic Car week to ensure proper break-in. The 5000 GT is accompanied by true copies of the original Factory Order and Delivery Note as certified by Maserati Classiche Manager, Fabio Collina, showing Serial Number 060 built for Principe Karim Aga Khan and delivered to Chambesy, Geneva, Switzerland.

This truly bespoke, built for royalty, race bred GT, is now on offer here in the States out of our Newport Beach, California showroom.

Many thanks to historian Winston Goodfellow. 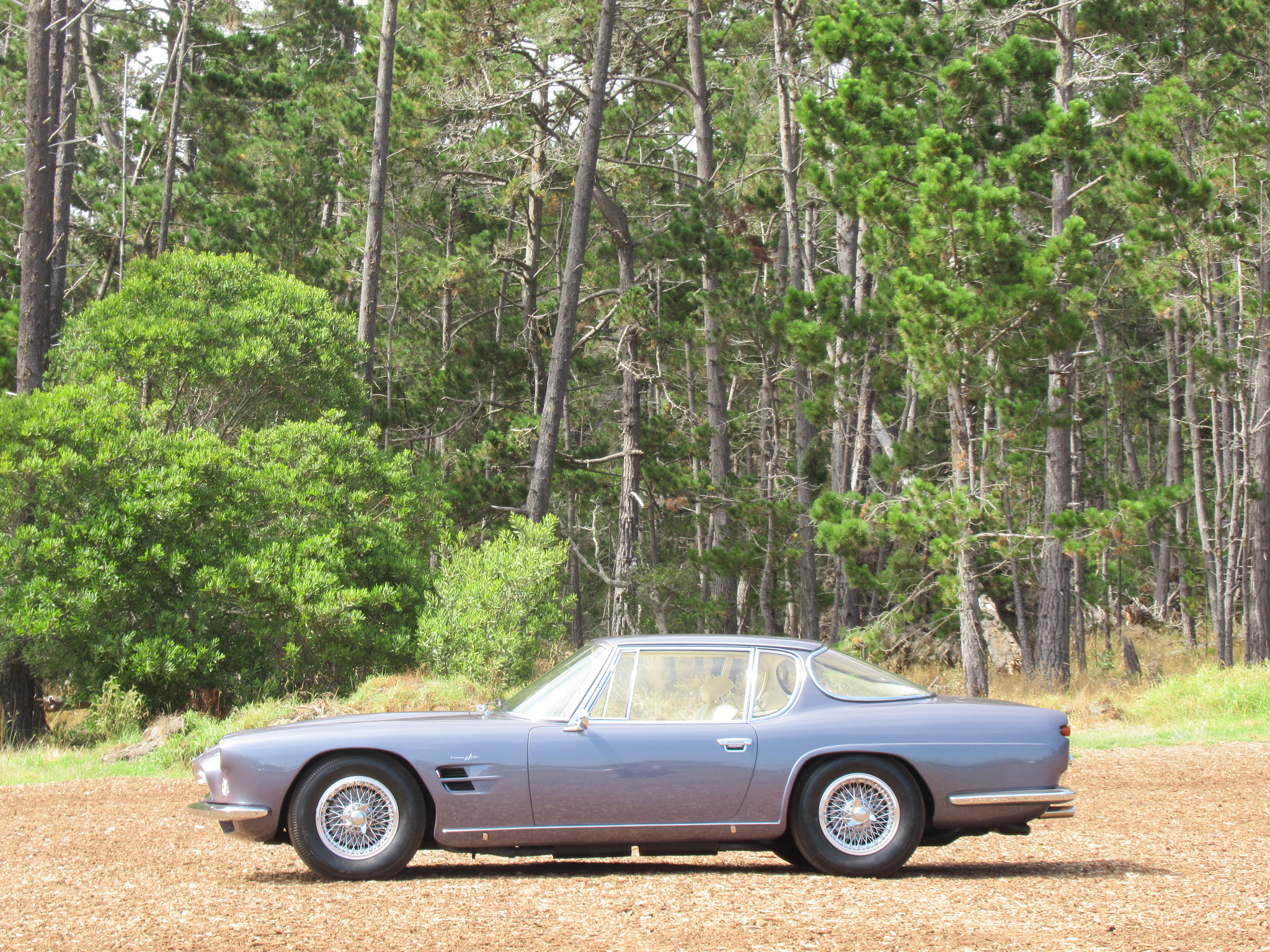 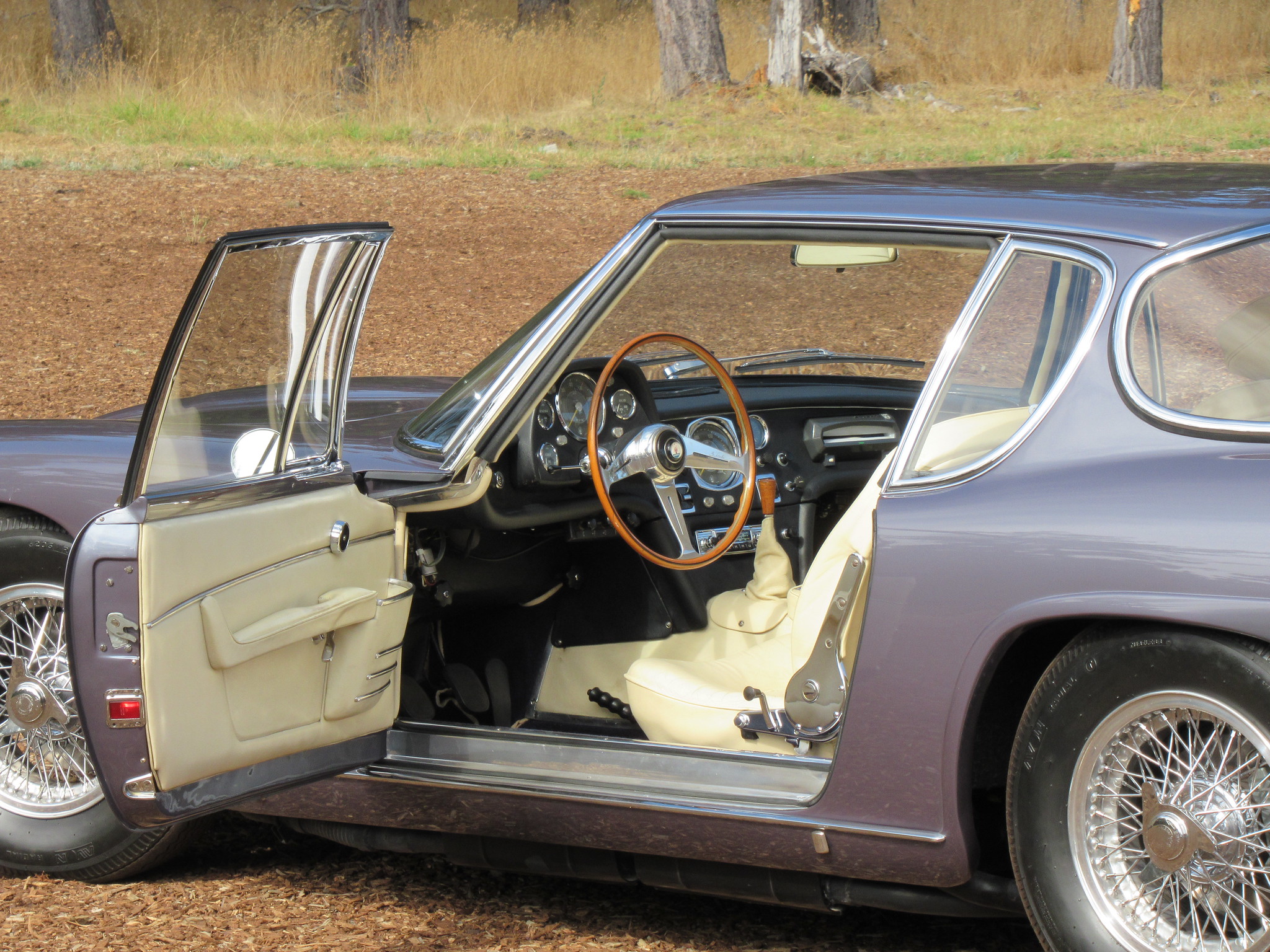 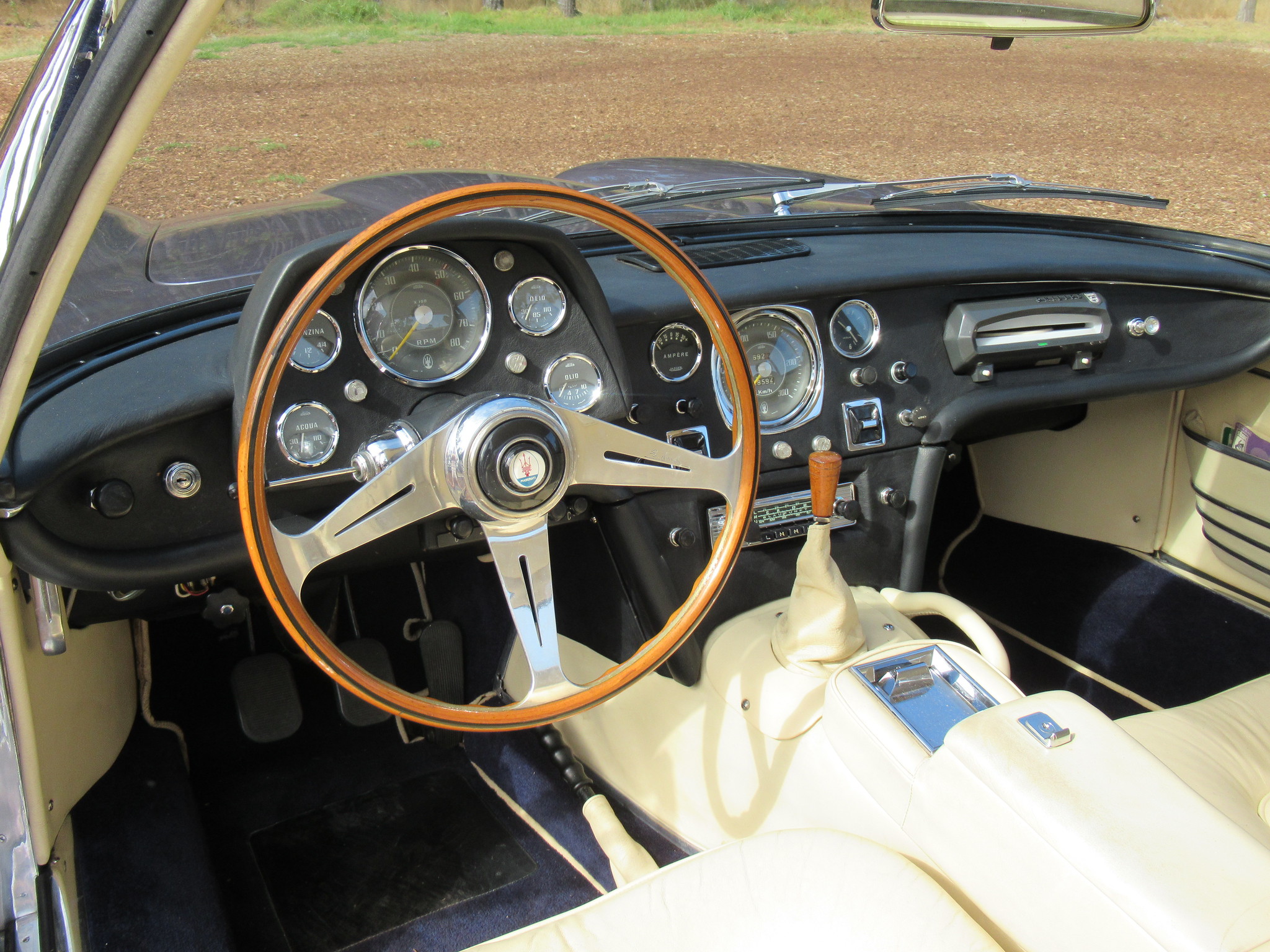 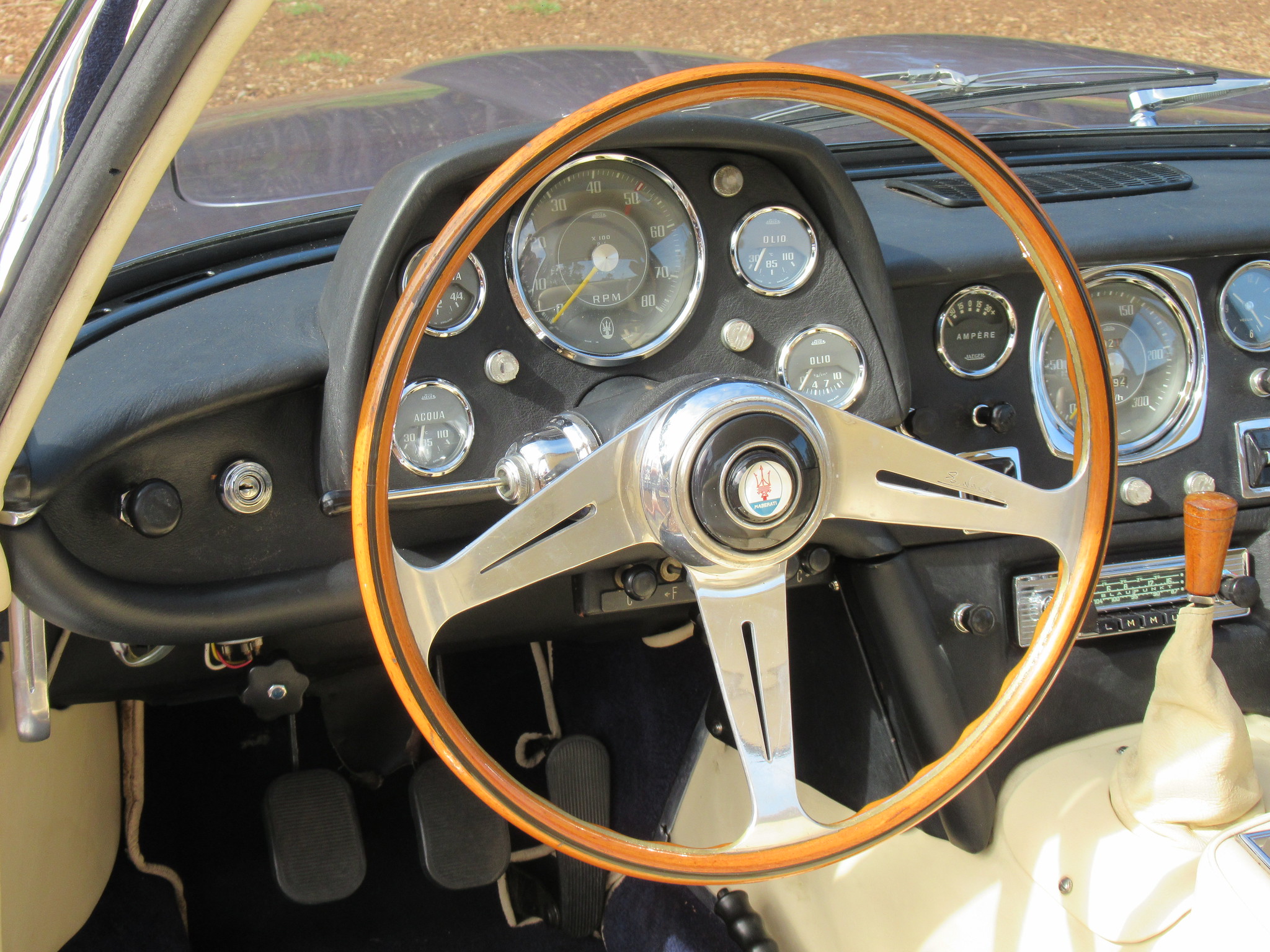 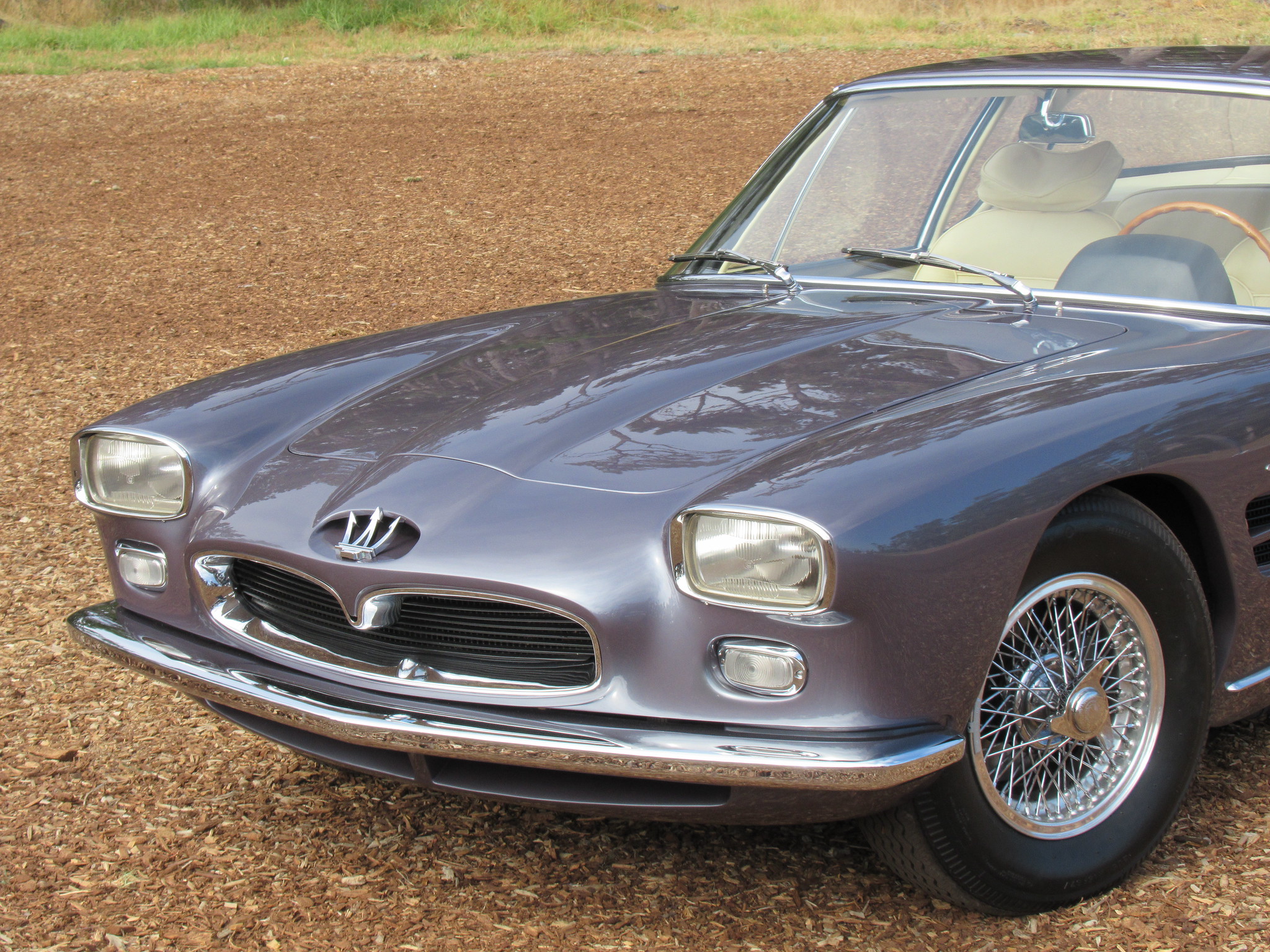 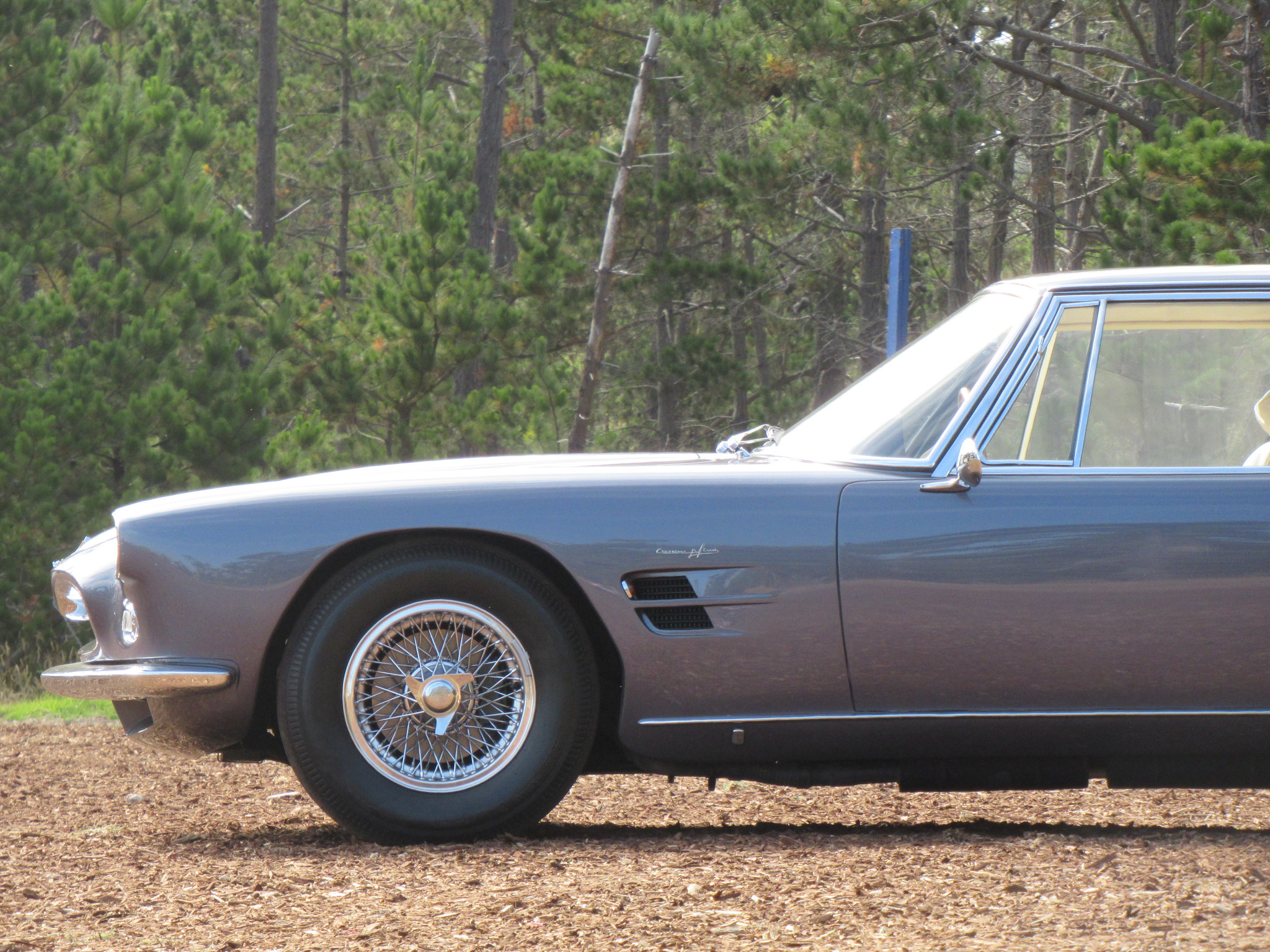 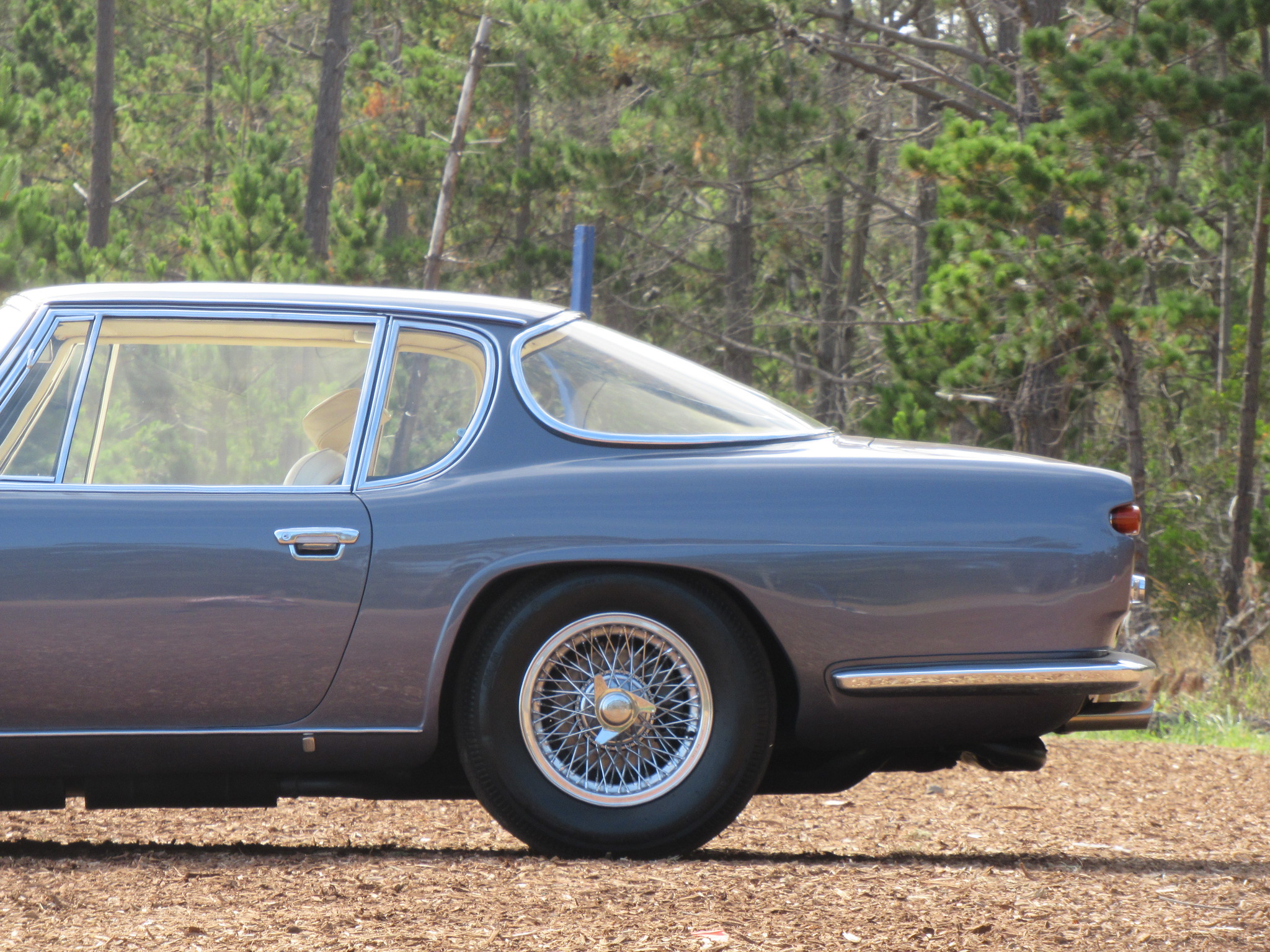 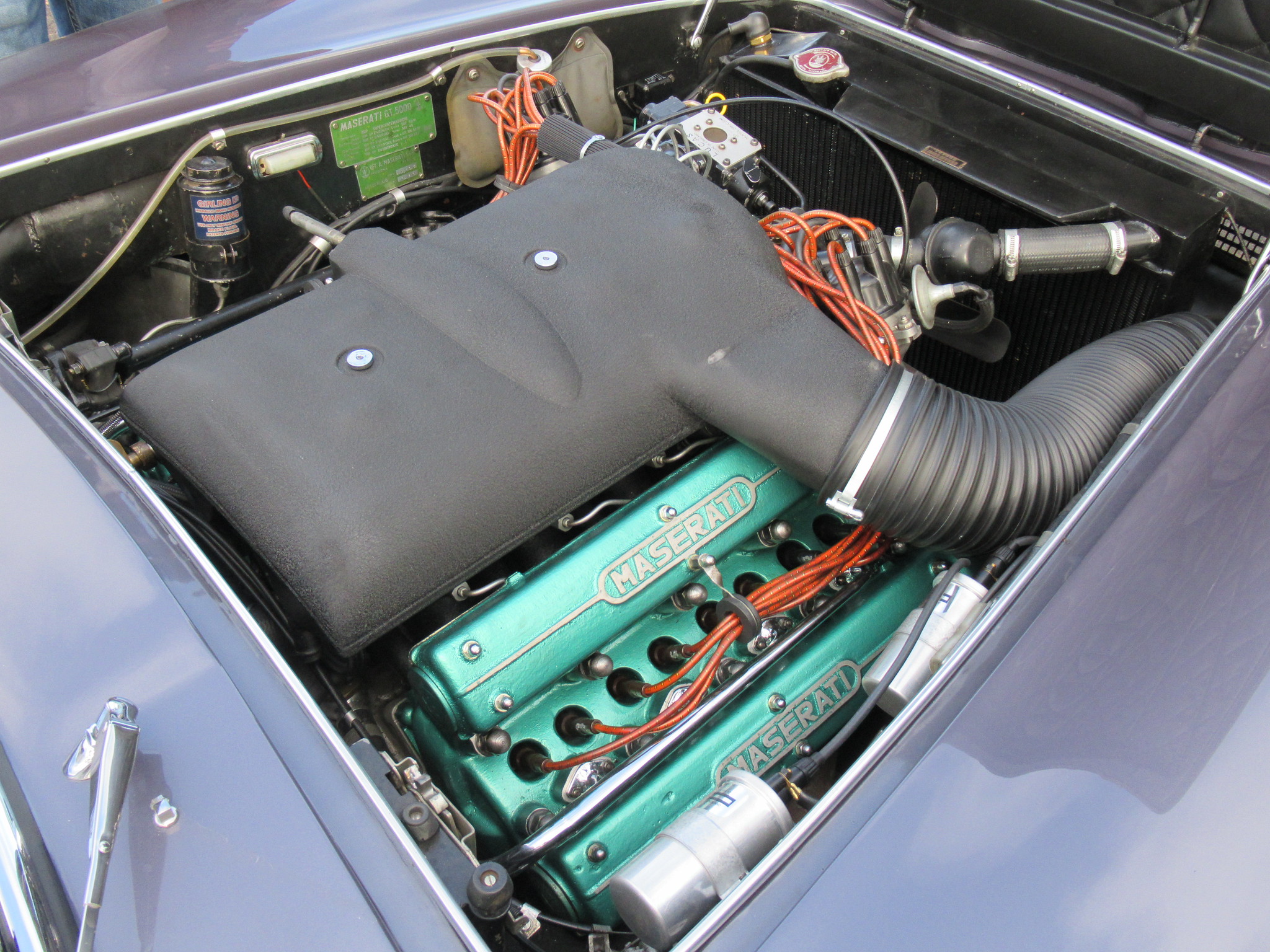 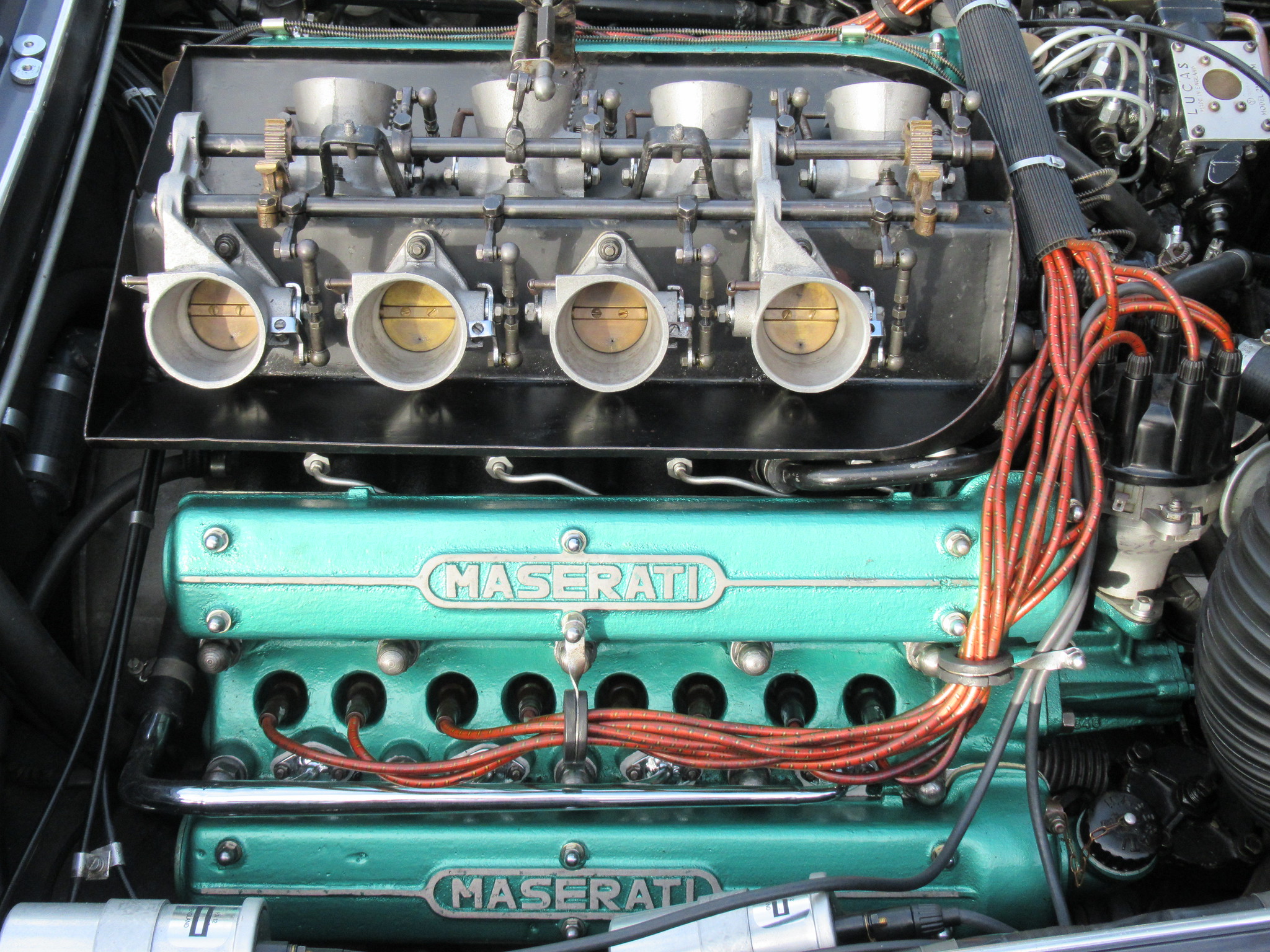 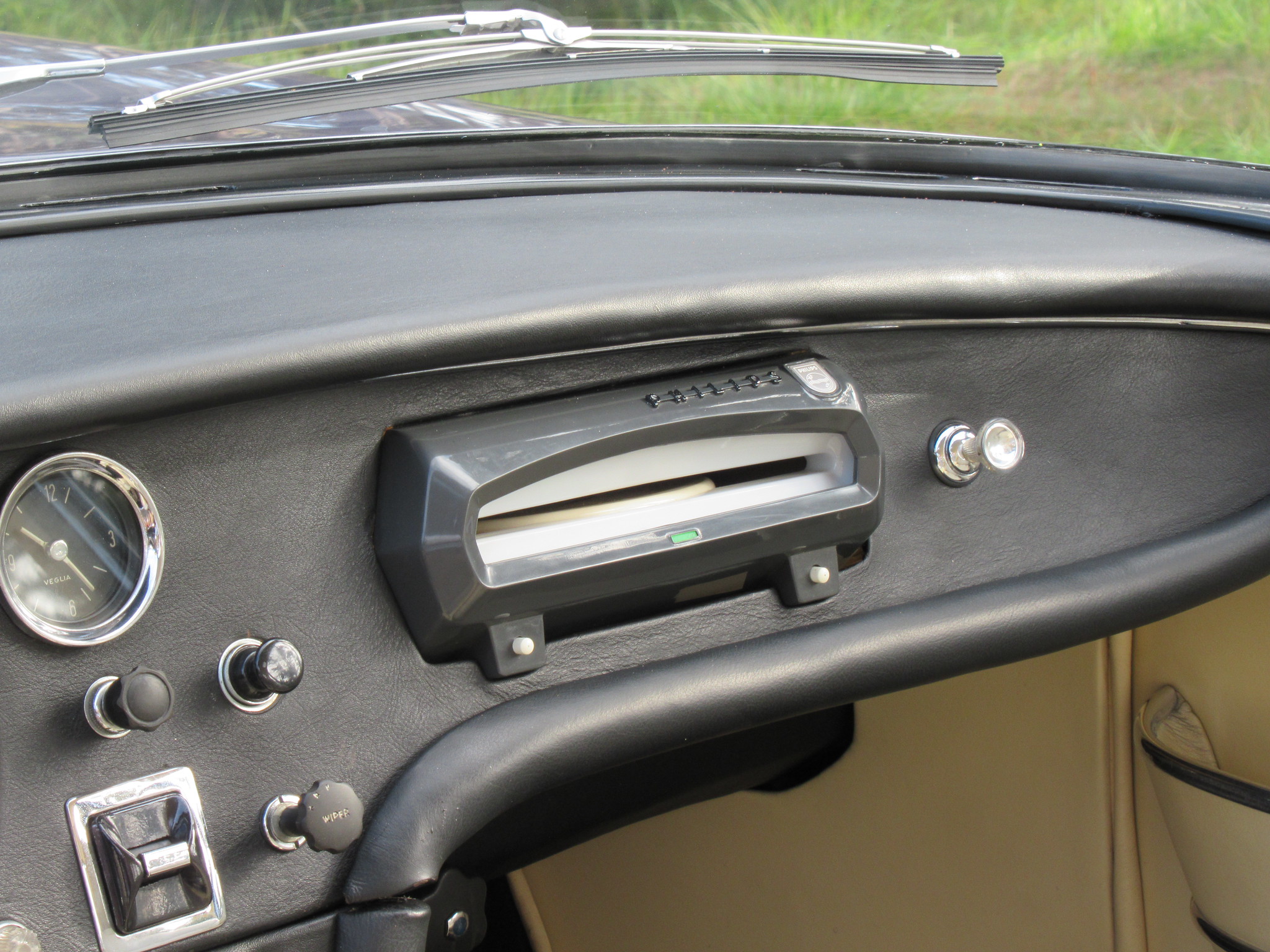 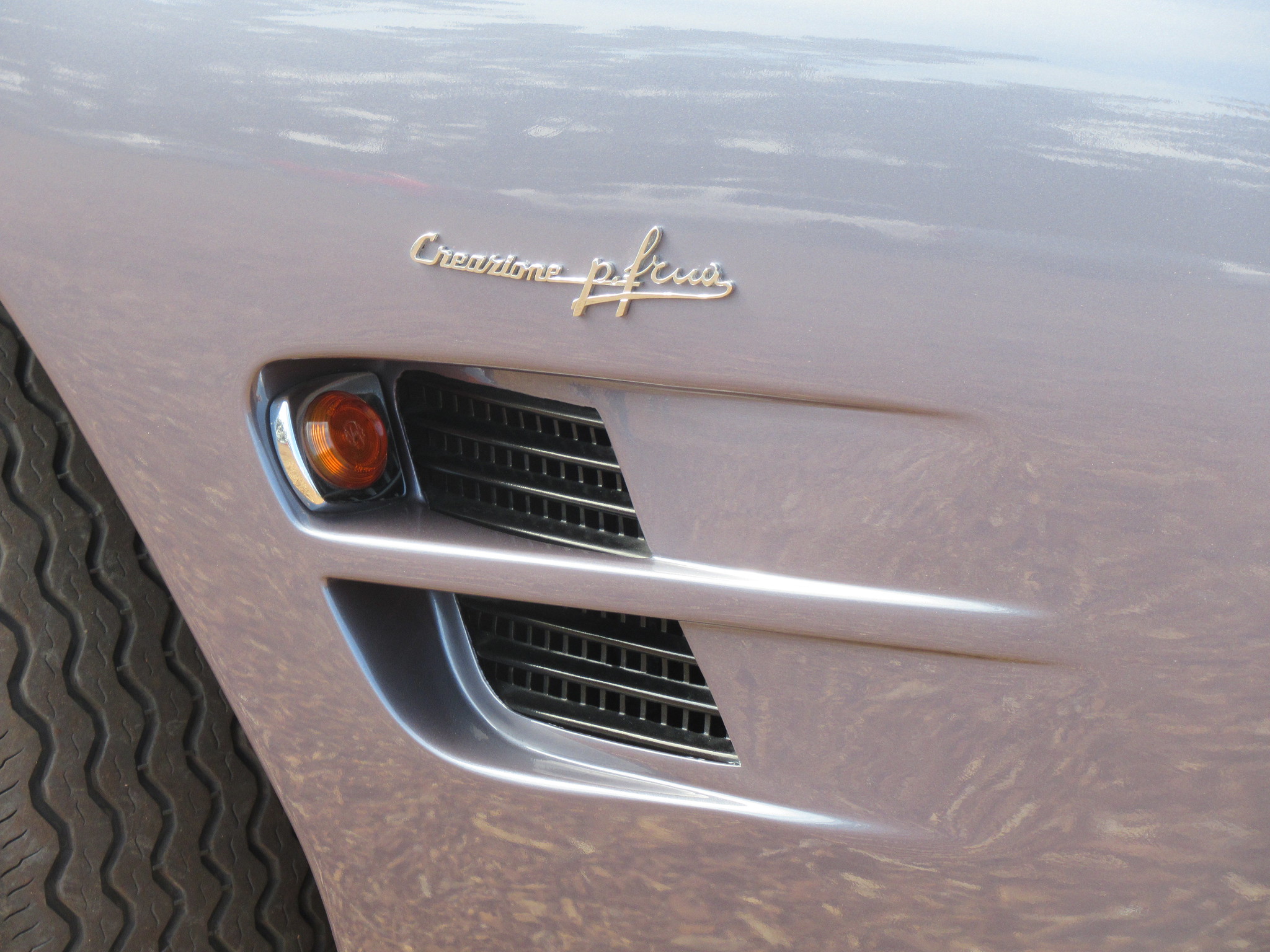 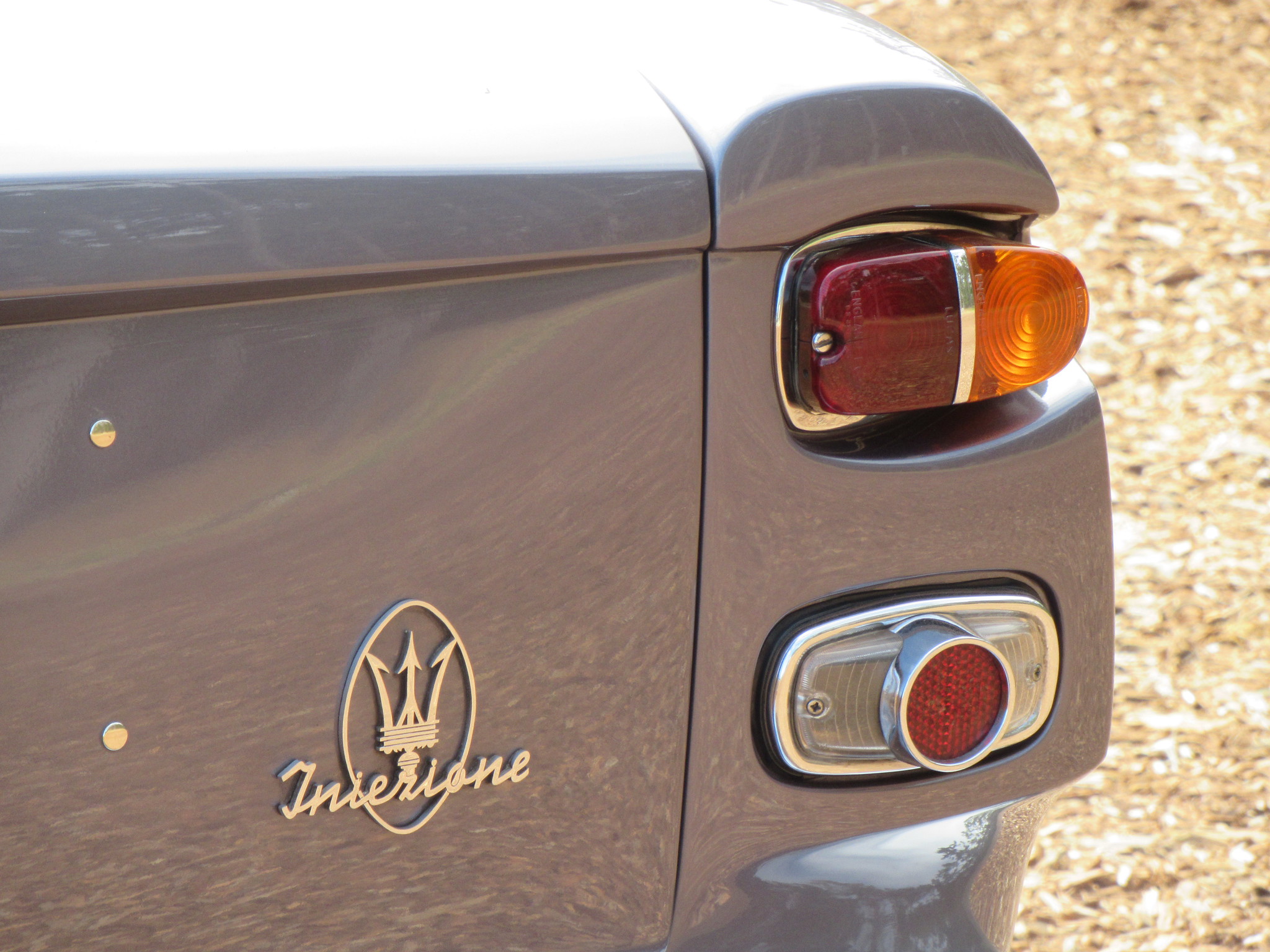 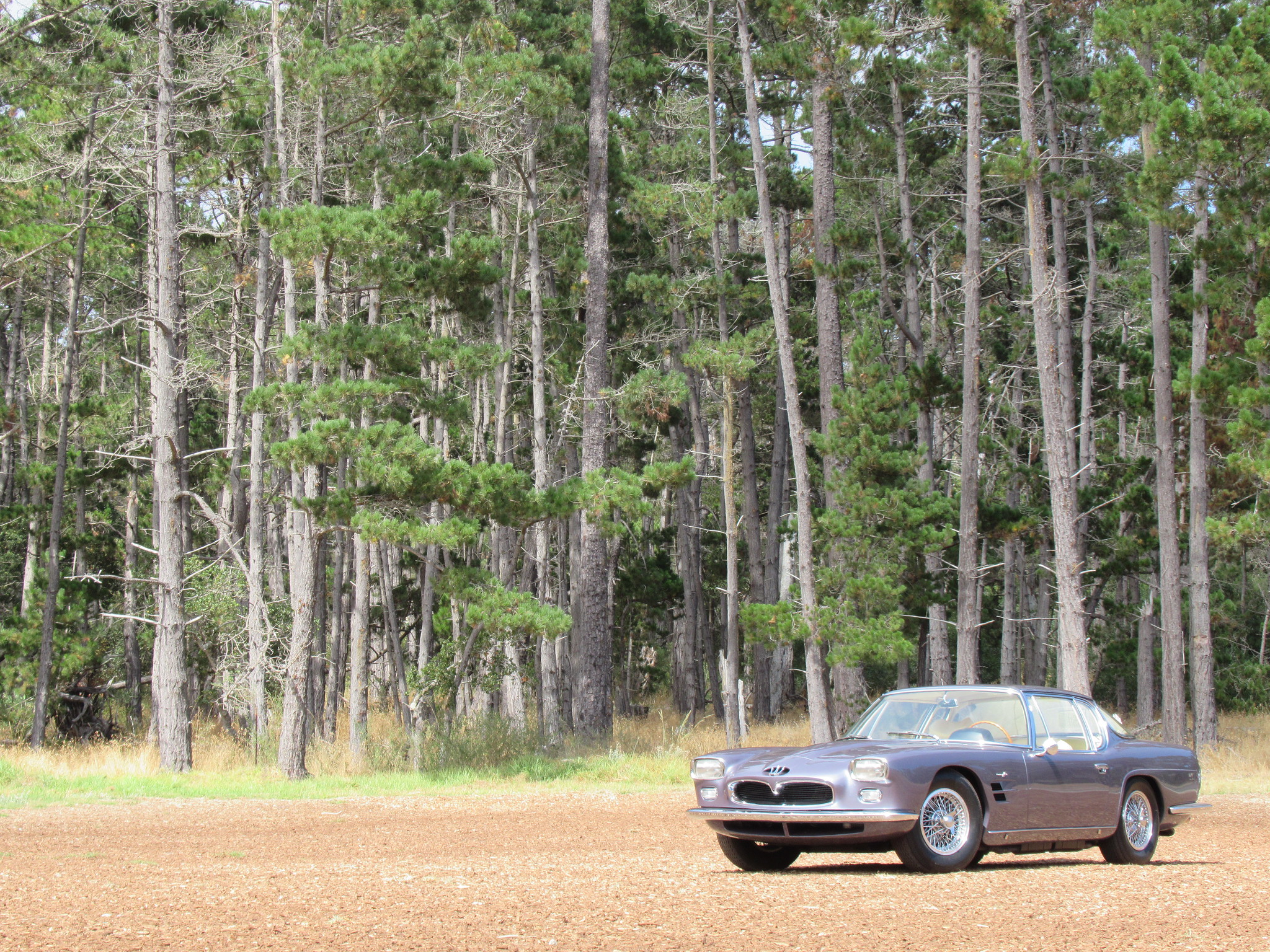